A guide to feeding dogs with sensitive stomachs 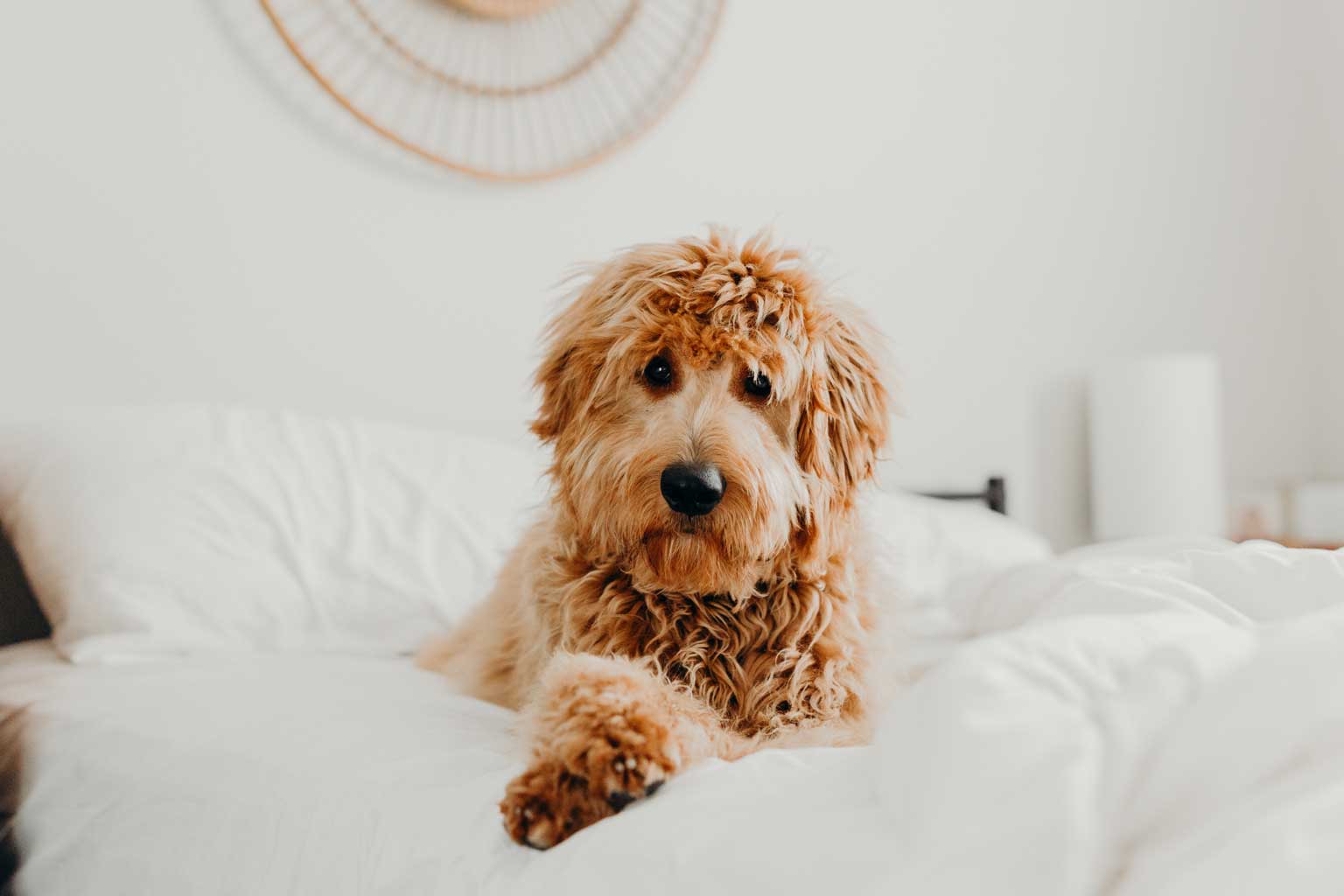 ​​There aren't many things worse than seeing animals in distress, knowing that they can't tell you what's wrong. It's especially stressful when it's a dog that you've been tasked to take care of while their owner is away. In that scenario, it can be difficult to figure out what the issue is because you're not overly familiar with the dog's normal behavior.

However, dog sitters also have the unique perspective of having access to multiple dogs over the course of weeks and months. They can use that experience to resolve problems at a current house and pet sit that they've maybe witnessed before.

As caretaker for a canine, one of the most important duties is feeding. It's reasonable to assume that the food in the house is something the dog is accustomed to eating. However, that doesn't automatically rule out the food as the source of stomach problems the dog may have under the dog sitter's watch.

What causes dogs to have sensitive stomachs?

There are many factors that can be behind a dog's sudden tummy trouble. Prolonged, chronic stomach issues can be an early sign of cancer. New environments and other stressers can also affect a dog's stomach, similar to the way this might affect humans.

Sometimes a stomach issue can be as simple as eating something the pup shouldn't. However, the most common reason for prolonged stomach problems is food allergies or food sensitivities.

Foods that are high in fat or are difficult to digest can cause stomach problems for dogs. Ingredients such as corn, wheat and even chicken can trigger allergic reactions in some dogs. A veterinarian can run an allergy panel to find out what, if anything, the dog is eating to cause an allergic reaction.

If a dog has a sensitive stomach, anyone who is around the dog for any length of time will know it. The symptoms aren't very subtle.

Symptoms of a sensitive stomach in dogs

As a caretaker for a stranger's pet, dog sitters need to be observant of any changes in the dog's behavior or potty tendencies. In many cases, dogs can't hold their stomach issues until it is time for their designated bathroom break. However, a dog should never be punished for having an accident in the house due to an upset stomach.

Sensitive stomachs can result in the following symptoms:

Of course, these symptoms can easily be related to other issues. However, if the symptoms occur directly after the dog eats, chances are likely that their diet to blame.

Food sensitivity can occur in any dog breed. Smaller terrier breeds, such as Yorkshire Terriers, are known to be prone to stomach issues. That doesn't mean the tummy problems can't affect larger breeds, too.

Changing the dog's diet is one of the first steps in finding their ideal food. But of course this is something that should always be run by the owner first, or discussed with the pet owner's vet if they are out of contact. Stomach issues may simply arise on your watch, when they've been brewing quietly in the background - the owner may have changed the diet in recent months and you are only now seeing the effects.

How to resolve unexpected stomach issues

For a one-time stomach issue, a meal of plain boiled chicken and rice can ease a dog's discomfort. Canned pumpkin (if in the Americas) is also a suggested remedy. But what can dog caretakers do if a dog has chronic stomach problems with no end in sight?

If the problem is the ingredients in the dog food or the food's digestibility, changing foods may be the best solution. Quality nutrients and proteins are essential in a canine's food source.

Hypo-allergenic dog foods are processed through rigorous protocols to ensure the highest quality food makes its way to store shelves. There are even specific foods for dogs that have a sensitive stomach.

Dog sitters are generally only responsible for the animal for a limited amount of time. However, if the stomach sensitivity problems persist, the dog's owner can be advised to visit a veterinarian. The vet can put the dog on an elimination diet to rule out an allergy to specific ingredients typically found in dog food.

Tips for switching to a new food

Throwing out the old food and changing to a new food immediately will have serious consequences by making the dog's stomach issues even worse! When switching foods, the new food must be slowly transitioned into the dog's diet over a period of time, such as a week.

The new food meant to appease the dog's sensitive stomach should be rationed with the previous food. Many vets suggest starting with ¼ cup of the new food and increase by a quarter every day until traces of the old food are gone from the dog's bowl.

This slow transition allows the dog's stomach to acclimate to the food designed for sensitivities or allergies. You can also supplement vegetables such as carrots and green beans into your dog's diet for weight loss or added nutrients.

Another option the dog sitter may suggest to the owner is to eschew processed food entirely and make the dog's food from scratch at home.

Children, dogs and even adults are all prone to the occasional iffy stomach. However, chronic stomach issues in dogs can be a sign of an un-diagnosed medical condition or food allergy. Dogs with sensitive stomachs aren't able to truly enjoy their food because it doesn't stay in their system for long.

Switching to a new food can be a hassle but it's ultimately the right choice for a dog with food sensitivity issues. Dog sitters will also appreciate fewer messes to clean up, leaving them more time to play with the beloved pet.

But remember, this must first be agreed between the dog sitter and the pet owner - or with the advice of the owner's vet!

​Leo Wilson graduated from a university major in animal health and behavior. He had over a decade of experience working in t​​​​he pet industry and has contributed many dogs and pet-related articles to several websites before he decided to start sharing his knowledge on his own blog CyberPet.com - when he's not busy working, he and his wonderful wife love spending time at home with their 3 dogs and 2 cats.