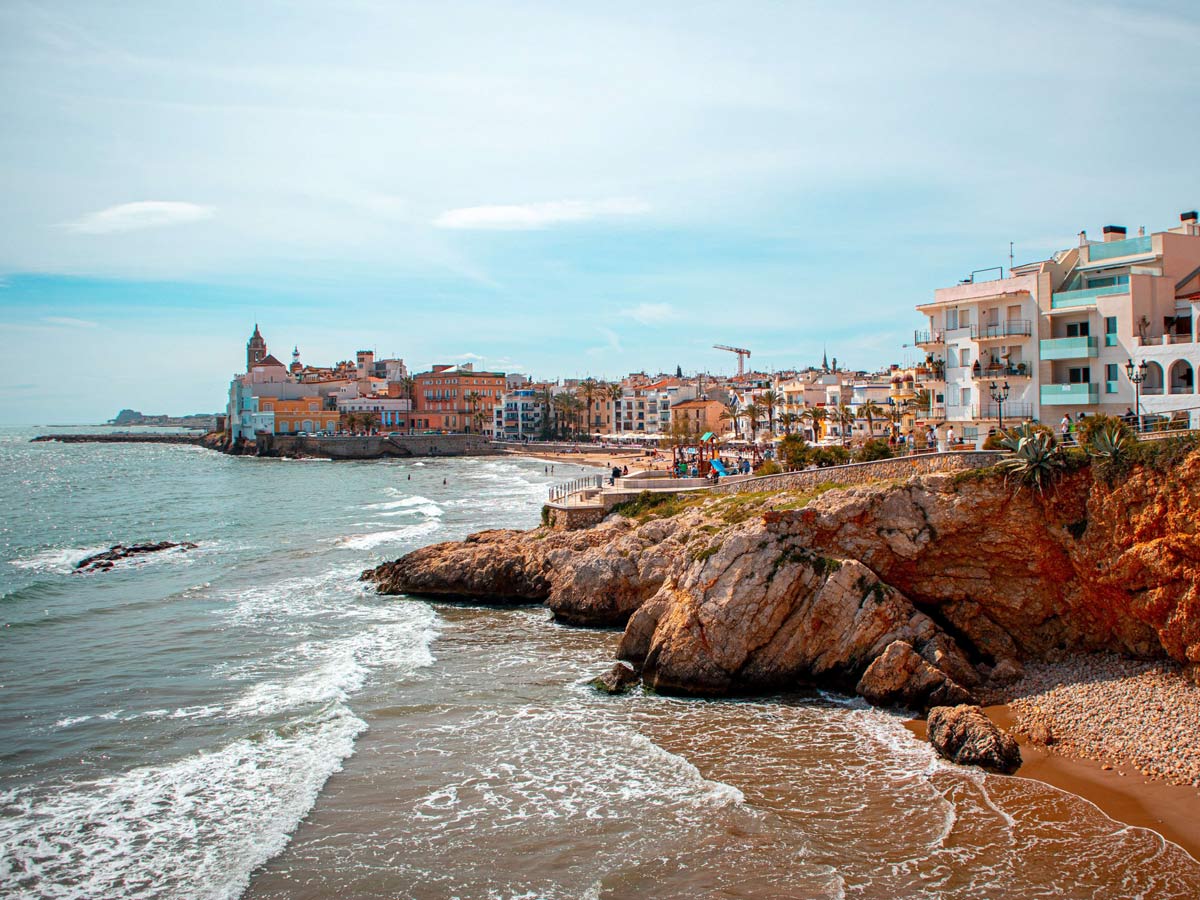 Getting into the Festive Spirit in Sitges

The Catalan town of Sitges, just half an hour from Barcelona, never ceases to amaze its visitors by somehow managing to be both a quaint coastal town and still have the charisma and vibrance of a city twice its size.

White-walled buildings line streets filled to the brim with restaurants, museums, shops, bars and clubs, whilst a busy promenade stretches along the coast behind its numerous beaches. The locals are a diverse mixture of Catalans and expats – especially those from the LGBT+ community – and the town has a well-earned reputation for taking its partying seriously!

As such, there always seems to be some festival or celebration happening in Sitges and you would be amiss to not attend at least one on your travels. And, if you find yourself house sitting in Sitges or one of the closeby towns, there are always plenty of local festivals and events to get involved with throughout the year.

The annual international film festival – taking place for 10 days every October - is one of Sitges' proudest claims to fame. The streets and promenade fill with stalls selling all sorts of cinematic paraphernalia and museums are host to several film-related exhibitions.

As for the films themselves, whilst the festival showcases high-end movies from a range of different genres, there's a real focus on horror! As such, you can bounce between cinemas showing the latest grisly, or psychological, horror flicks all through the night.

But why limit the horror just to the big screen?

On the first Saturday night of the festival the living dead rise and walk the streets of Sitges. Or, at least, those in the know take part in the traditional “zombie walk”, where locals and visitors alike dress up as zombies and walk through the old town and down to the seafront bars - which is where the party really starts! The locals get extremely creative with their costumes, so expect to see the likes of zombie smurfs and other undead characters amongst the horde. Don't fear if you come unprepared because make-up artists are available to zombify willing participants for a cheap fee. 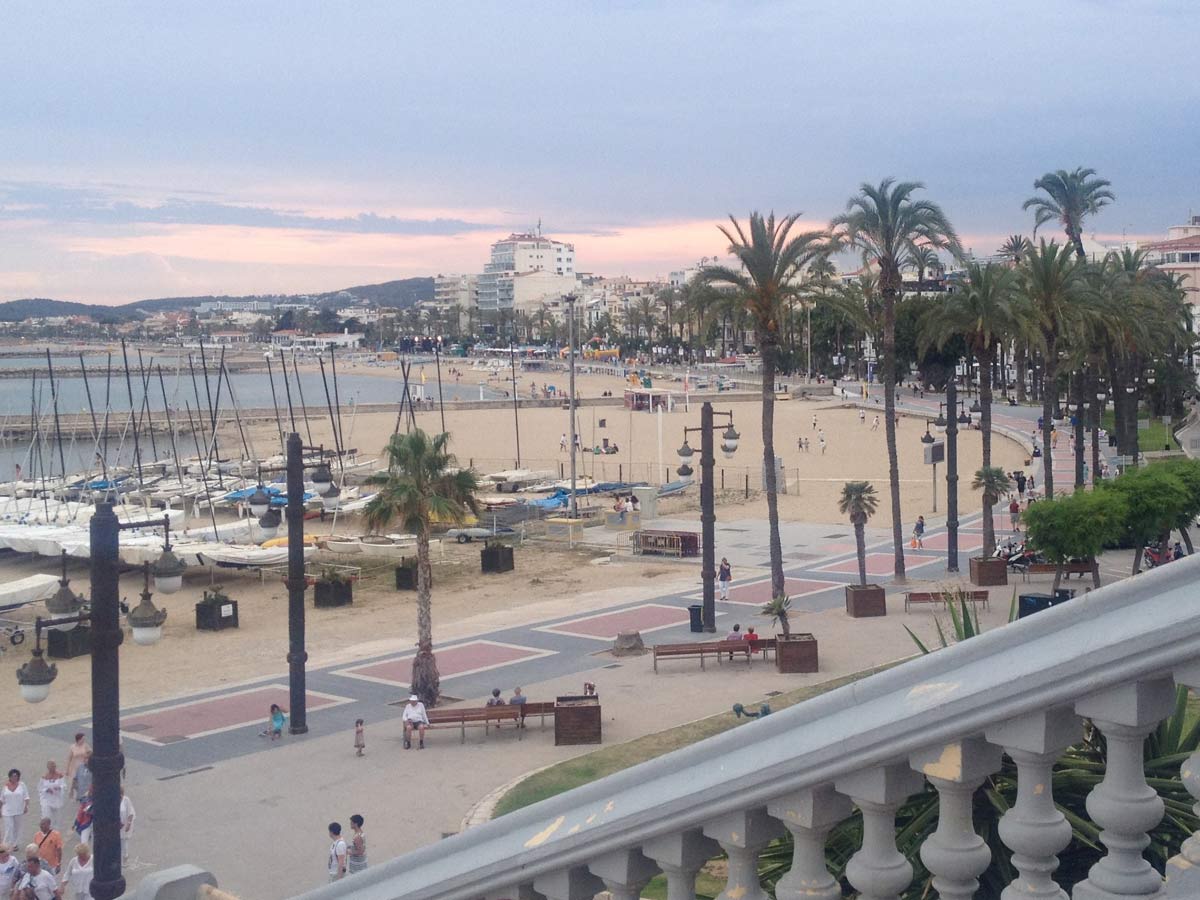 Every February/March the gloves come off and Sitges lets loose for one of the most spectacular celebrations of Carnival in Spain - second only to Cadiz. For an entire week the crowds flood into the streets, drinking through the night and showing off any costumes their warped imaginations can create. The idea is to enjoy no-holds barred exuberance before the abstinence of lent kicks in – a goal easy to get behind.

What's more, the various parades taking place throughout the week come together to form a story. In the opening parade the “carnival king” arrives to welcome in the fun and festivities and four days of partying ensues before the most lavish of the parades is held: the "Debauchery Parade". The name speaks for itself, so be prepared to let go as you are drawn into the festive spirit!

Finally, only Sitges could turn a funeral into a source of joy in the “Extermination Parade”. Drag queens dress in black to “mourn” the death of the carnival king naturally concluding in an all-night beach party! The next day an effigy of a sardine – yes, you heard correctly – is burned on the beach to symbolize the town giving up fish for the forty days of lent. Carnival in Sitges is both bizarre and fun, which makes for a perfect combination.

Where to find house sits in Spain

Try TrustedHousesitters for international sits including Spain. Use this link for 25% discount

Sitges is known to be one of the most gay friendly cities of not just Spain, but all of Europe. With a reputation like that, Sitges Gay Pride has a lot to live up to. Boy does it deliver!  Come mid-June, Sitges ramps up the party vibes once more and the LGBT+ community - and their allies - from around the world come to Sitges once more to celebrate in the streets and bars.

The event includes everything from drag shows, pool parties and of course parades, which give carnival a run for its money in terms of flamboyance and eleganza! Stages on the seafront blasts live music from tribute artists to all the camp classics - and divas - with over 80 different acts playing during the five days of pride. All are welcome to this celebration of diversity.

Fiesta Mayor is a festival in August with a more traditional Catalan twist to it, dedicated to the joint patron saints of the town, Sant Bartomeu and Santa Tecla. Don´t be fooled though: culture blends just fine with revellery at this unique event.

Here you are free to witness the most intriguing of Catalan traditions, like the "Seguici Popular" parade, where giant statues are paraded from the central church and through the streets of Sitges. For one parade there's even a fire-breathing dragon shooting sparks from its mouth – largely harmless, but don't stand at the front if you're faint of heart!

There's traditional Catalan dancing, poetry reading sessions, and human towers precariously made in the main plaza - known as the "Castellers de Villafranca". The party concludes with a spectacular firework display down on the beach, romantically illuminating Sitge's iconic church and the ocean behind it. 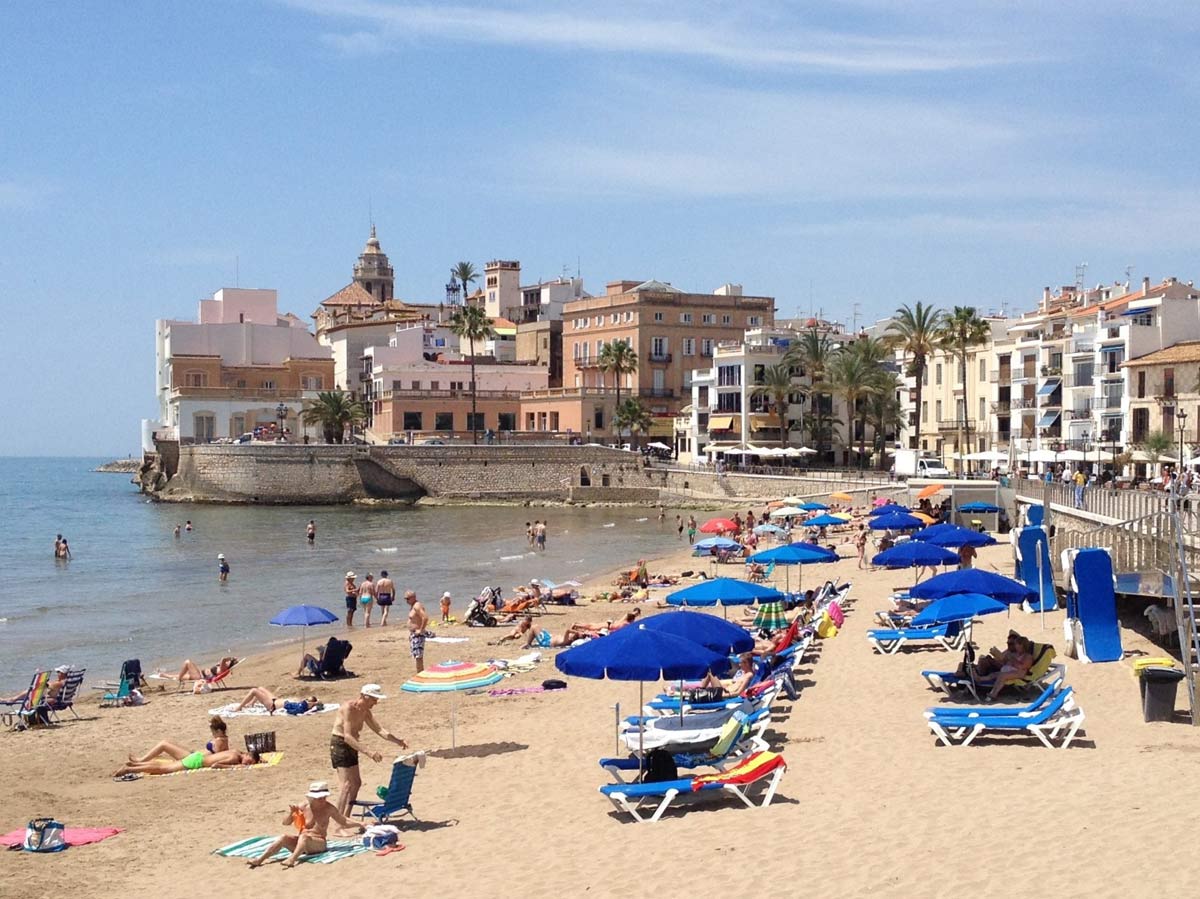 The "Festa de La Verema" is an annual wine tasting festival one weekend each September/October to celebrate the middle of the grape harvest season. The event offers a great opportunity to try the finest Catalan wines from the region"s vineyards - and who doesn't like free wine?!

A “wine village” is erected down by the seafront consisting of a variety of tents offering both wine tasting sessions and gourmet food to line your stomach. On the Sunday you can actually witness the wine being pressed and gain a compelling insight into the wine´s origins. In contrast, the festival takes a fun twist with wine trashing and barrel carrying competitions taking place into the evening.

It should come as no surprise that the drinking and revelry continues into the night afterwards as Sitges is truly a town that never sleeps!

Auston runs the blog Two Bad Tourists and is also a freelance writer. His work has been featured in many publications including Attitude Magazine, Edge Media Network, The Houston Chronicle and ManAboutWorld Magazine.