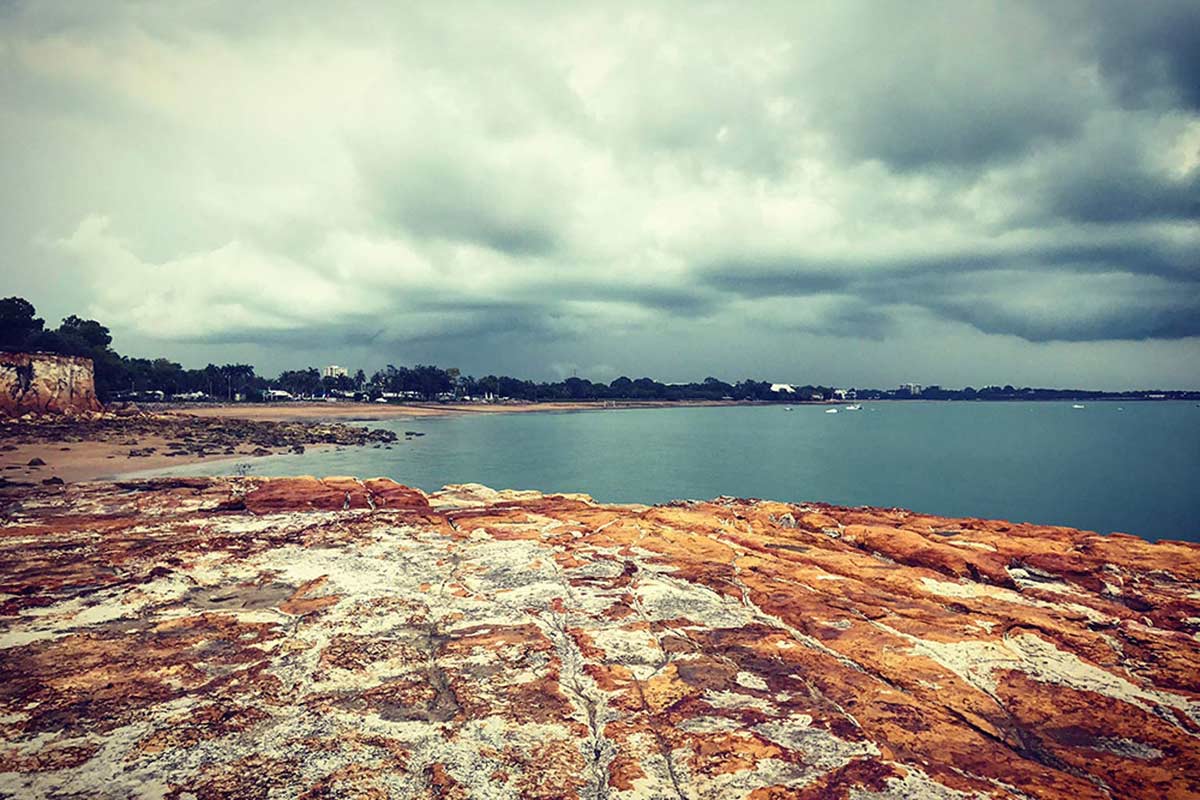 Landing in November, to begin house sitting in Darwin, Australia, the first thing that strikes us is the heat. It is just after midnight and the temperature is still in the high 20’s (greater than 80F).

Having come from Sydney where the midday temperature was almost half of Darwin’s midnight reading, it was a shock and took some acclimatizing to. In fact, the first week we were there we thought it was going to be impossible to survive the month we had committed to house sit! 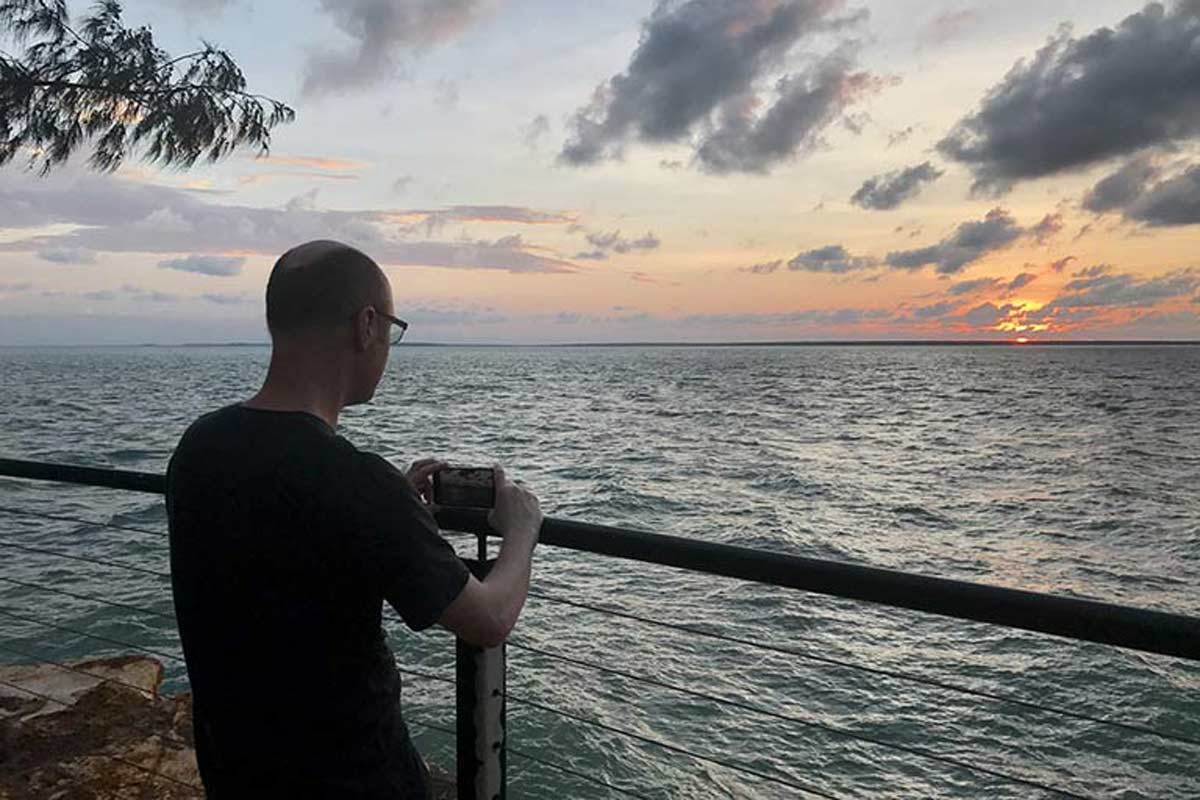 Our house sitting home was in the suburb of Fannie Bay, nearby to a local café called "The Cool Spot". It was aptly named and a regular haunt as it was air-conditioned. We visited frequently to escape the heat and indulge in a cool drink or nourishing meal.

The house we were minding was only air-conditioned upstairs so we set up a spare bedroom as an office and spent many hours there. Even the cat we were looking after visited us often, and whilst he wasn’t overly affectionate, did appreciate the air-conditioning. The living area (downstairs) had fans only and watching television at night would have you end up in a lather of sweat.

November in Darwin is known as the "build up season" as the city prepares for the big wet and the refreshing rains of the wet season. Each afternoon the clouds would roll in and the humidity levels would rise to breaking point. Then, without a drop of rain the clouds would pass and the heat would drop a few degrees, only to be repeated the next day.

We did experience a number of amazing thunderstorms with lightning and drenching rain. Umbrellas or rain coats were useless and even running in the rain proved futile. Watching the locals, they seemed unphased and just continued to amble along, enjoying the cooling rains and temporary relief from the heat. However, once the storm passed, the humidity would rise again and the constant sweating and sweltering continued.

A house sit handover with a difference

As part of the house sitting handover by the homeowners, we were instructed on what to do in the event of a cyclone. Darwin is famous for Cyclone Tracy on Christmas Eve in 1974 as it almost wiped the city out with significant loss of life. Many buildings were razed to the ground.

Whilst it wasn’t technically cyclone season during November, it took us by surprise as the owners explained where the "survival kit", including water storage containers, candles and torches, was stored in the event that we would need them.

The safest room in the house was the downstairs bathroom as there were no external windows and it was almost bunker like. Every time I used that bathroom I thought about having to live in there for a couple of days until the storm passed.

Thankfully, our month in Darwin passed without a need to "bunker" down, but it certainly highlighted how diverse a house sit assignment can be, and what needs to be considered by home owners as they hand over their home and pets.

Getting used to the heat in Darwin

Living in such a hot climate, you become acclimatized to the heat and begin planning around the high temperatures, avoiding them wherever possible. Going out early morning or late afternoon meant you could escape the hottest part of the day.

One of our quests was to find the best air conditioning in Darwin and our sightseeing trips were determined by the availability of cool air conditioned venues. This included attending the Charles Darwin Film Festival as the whole day event was held in the Entertainment Centre.

Even shopping could cleverly include a few extra minutes in air conditioned comfort. We grew to know the bus timetable by heart and would stand inside the supermarket building, which was beautifully air conditioned, and only exit just in time to catch the bus which was also air-cooled.

We became members of the casino and visited shopping centres as they provided some respite from the heat. At the end of the month, we declared the "Cotton On" store at Darwin mall as having the best air conditioning and we visited there whenever we went into the city.

The parliament house building is also worthy of mention for both its air conditioning and its very informative free tour and café. It was easy to spend a few hours here learning about the history of the Northern Territory and sipping on a coffee.

In a cruel blow to our planning, the nearby Parap Swimming Pool was closed for renovations during our visit. It was being rebuilt due to the fact that it wasn’t regulation length for training and competitions. And even though Darwin is surrounded by ocean, it is dangerous to swim as the salt water crocodiles are prevalent, and hungry!

Snakes are also common and one morning on my way to yoga I discovered a brown snake in the middle of the street where we lived. As if the heat wasn’t enough, we also had to deal with deadly animals as well!

The "Last Frontier" won us over

In Darwin and the Northern Territory in general, these threats to existence are part of life and we thoroughly enjoyed our time in this city.

The locals, and Australians in general, tend not to focus on the dangers but embrace the elements and get on with life. Whilst some may consider it “The Last Frontier”, it is a city with an interesting history and is significant in terms of its role in World War II, particularly the bombing of Darwin.

Where to find Australian house sits

Try TrustedHousesitters for international sits including Australia.  Use this link for 25% discount - no code required

AussieHouseSitters is a country-based platform - use code HSMAG15 at this link for 15% discount.

Previously, we had visited during the cooler Winter month of June so our time house sitting provided a different perspective to this north end capital which is closer to Asia than to other Australian cities.

We visited the iconic “Deckchair Cinema” and took a day trip to the nearby Tiwi Islands which are fascinating and provide an insight to a living indigenous culture. Local theatre and markets provide much to do and Andrew even managed to become a regular attendee at the local yoga studio.

So, despite what seemed like a month of hell at the beginning, we thoroughly enjoyed our time and would certainly consider future assignments in Darwin, and would encourage anyone thinking about house sitting in this city to "go for it".

Andrew & Christopher, aka "The Global Wanderers", have been travelling the world together since 2005, visiting many world-wide locations before they discovered house sitting later in 2016. Now they travel full-time looking after people’s pets and homes. Christopher is a keen photographer, whilst Andrew likes to seek out a yoga class. Read more about their travels and adventures at GlobalWanderers.com 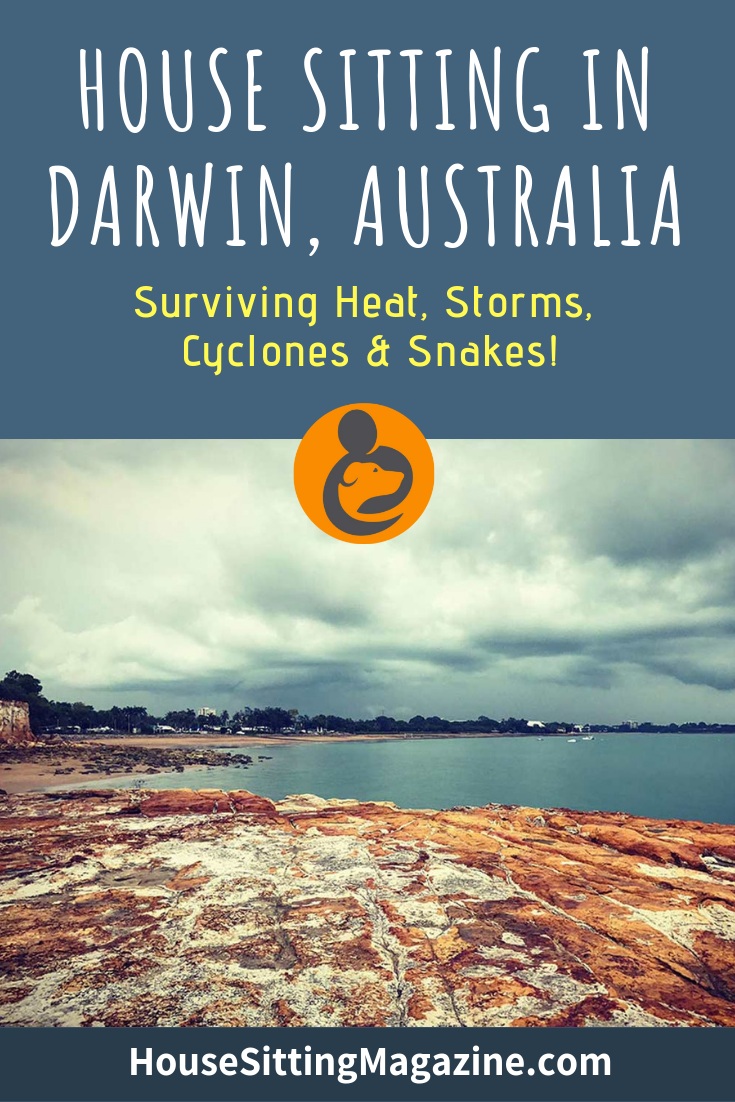 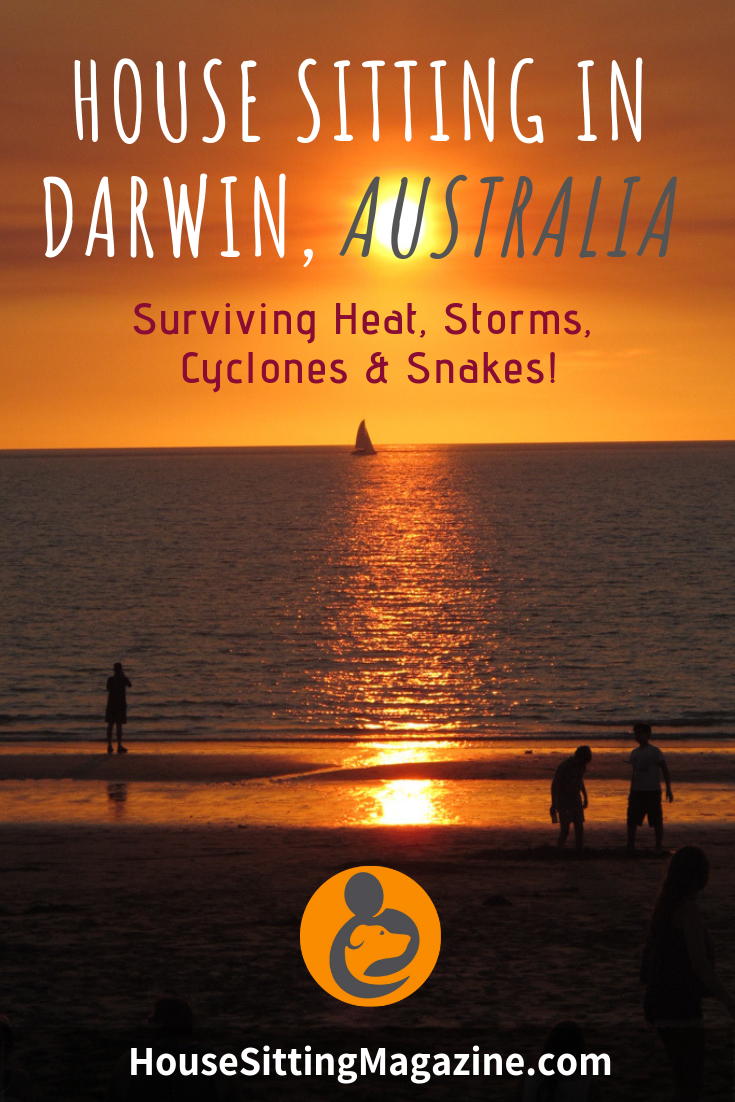