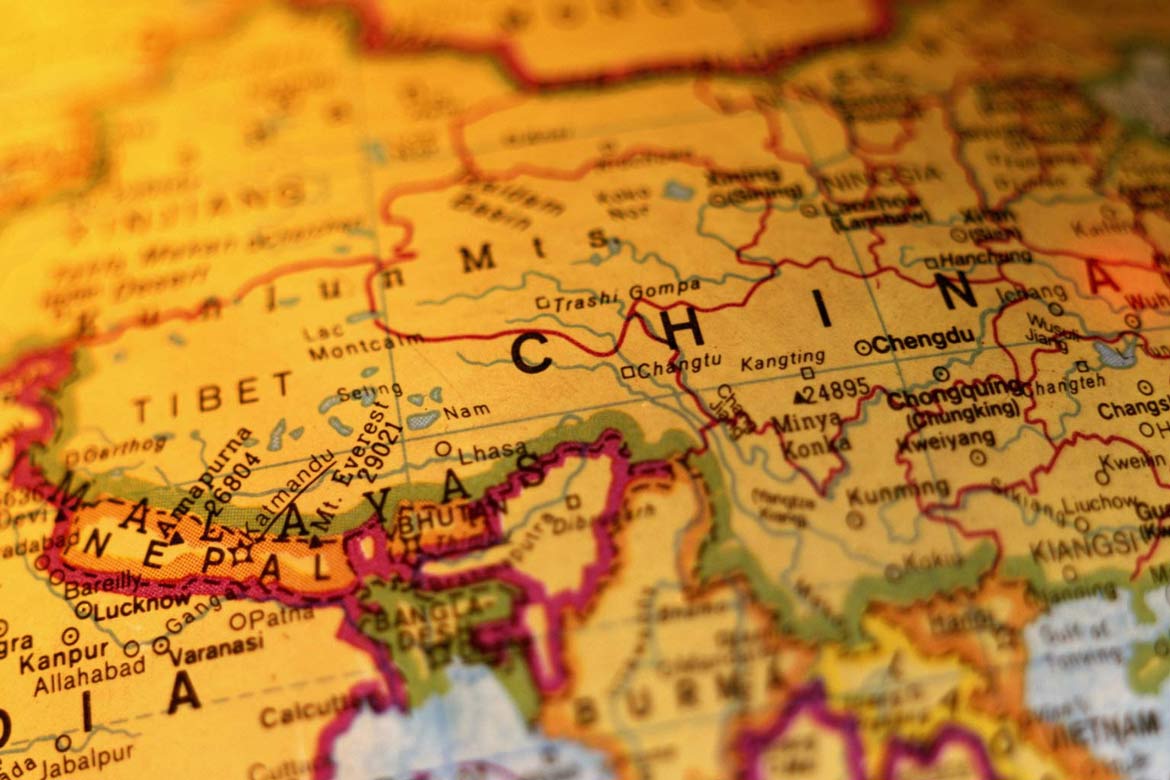 Interview with Liz and Josh of "Peanuts or Pretzels"

We had hoped to house sit our way around China, but only found a couple of opportunities in Shanghai and Ningbo. Unfortunately these assignments didn't fit with our plans. No house sitting in Shanghai for us, or anywhere else at this stage.

We did manage to pet sit a small bowl of goldfish for a week in Shenzhen. I hear you laughing, but this is really much more taxing than you might imagine. Have you ever tried replacing the water in a bowl of 20 tiny fish? Each one seemed to have the ability to jump in several different directions at once! Fortunately all were recaptured and returned to the bowl, and we handed back our charges a week later without a single loss.

So while we didn't manage to do any "real" house sitting in China, we know several people who have.

Josh and Liz of "Peanuts or Pretzels" are married "travel nuts" and entrepreneurs who are always up for laughter and a good adventure. As digital nomads, they combine their passion for the travel industry with their digital marketing expertise to help people plan their trips. They also help businesses succeed in the digital and social marketing world.

In this interview we talked to them about their time house sitting in Shanghai, China. Like us they have also spent time teaching in China and had some amazing experiences. 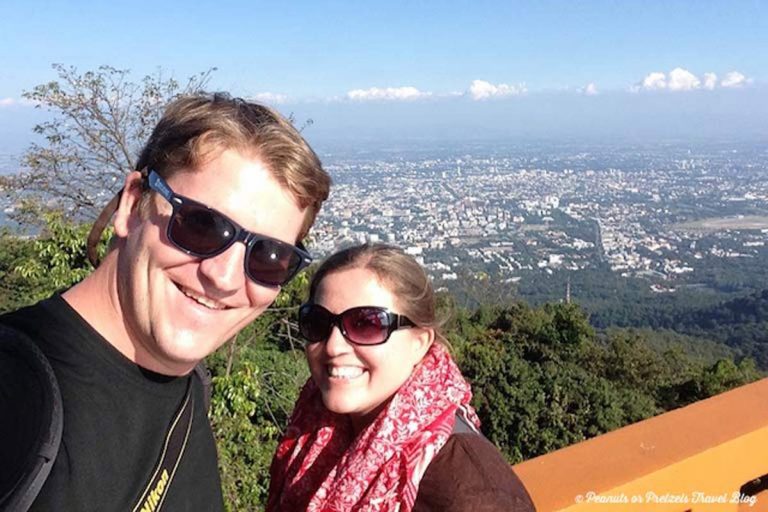 How did you find your house sit in Shanghai?

We found our house sit in Shanghai on the Trusted House Sitters website. It's the number one place that we go to find house sits, and we love that we get notifications each day of new sits. In fact, we had just finished our teaching contract in Guangzhou, China and were on a break traveling through Laos before returning to travel in China when we saw the house-sit posting. We knew we'd be going back to China soon, and the house sit looked amazing, so we had to jump right on it!

Were the hosts Chinese or westerners?

The people we were sitting for were from the USA, actually not far from where Liz grew up. They were renting the apartment and were actually teaching English in Shanghai for some time. They were on their summer break and wanted to return home to visit family, but needed someone to look after their pets in China (a dog and a cat). 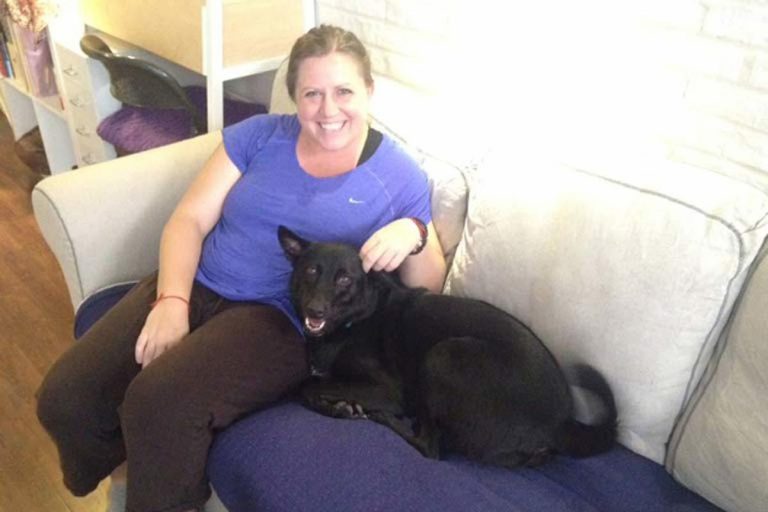 Tell us more about the property, pets and living environment in China

The primary reason the homeowners needed a house-sitter was actually to look after their dog and cat. After being on the road as digital nomads for quite some time, we miss having pets to snuggle up with and give some love. So we were very happy to take care of their animals while they were away. And as if that wasn't enough, their property was actually a beautiful loft apartment in the popular French Concession district of Shanghai!

This was our first time in Shanghai, and we were so lucky to be in a prime location in the city, close to all the action, and surrounded by amazing restaurants and entertainment (both Western and Chinese). We were spoiled really. And we thoroughly enjoyed our days walking the dog and living expat life in Shanghai!

Talk about the challenges you encountered

We didn't really encounter any major challenges while house sitting in Shanghai. The French Concession and Shanghai is fairly westernized, and the apartment we were in was renovated and quite modern.

I think the only minor one is that many Chinese people don't pick up after their dogs, or use leashes. But we always made sure to put the dog on a leash and pick up after her, which got us a few stares from locals. And you do have to be careful of cars and motorbikes on the sidewalk... that's always an issue in China!

What's your most memorable experience?

Oh, we have SO many great memories from China. After living, teaching English, traveling and house sitting there for over 18 months - we could never choose just one. But overall, what we will take with us the most are our friendships and personal connections we made. We feel like we have family in China now, between our students (adults), our co-workers, and friends.

It was a wonderful experience and we still talk with them to this day. We are looking forward to visiting them in the future, and even having some of them come and visit us in the States.

With everything going on in the world and the misunderstandings of different cultures and countries, we think it's more important than ever to make these personal connections - and facilitate a real cultural exchange that can have a positive impact on the world as a whole. 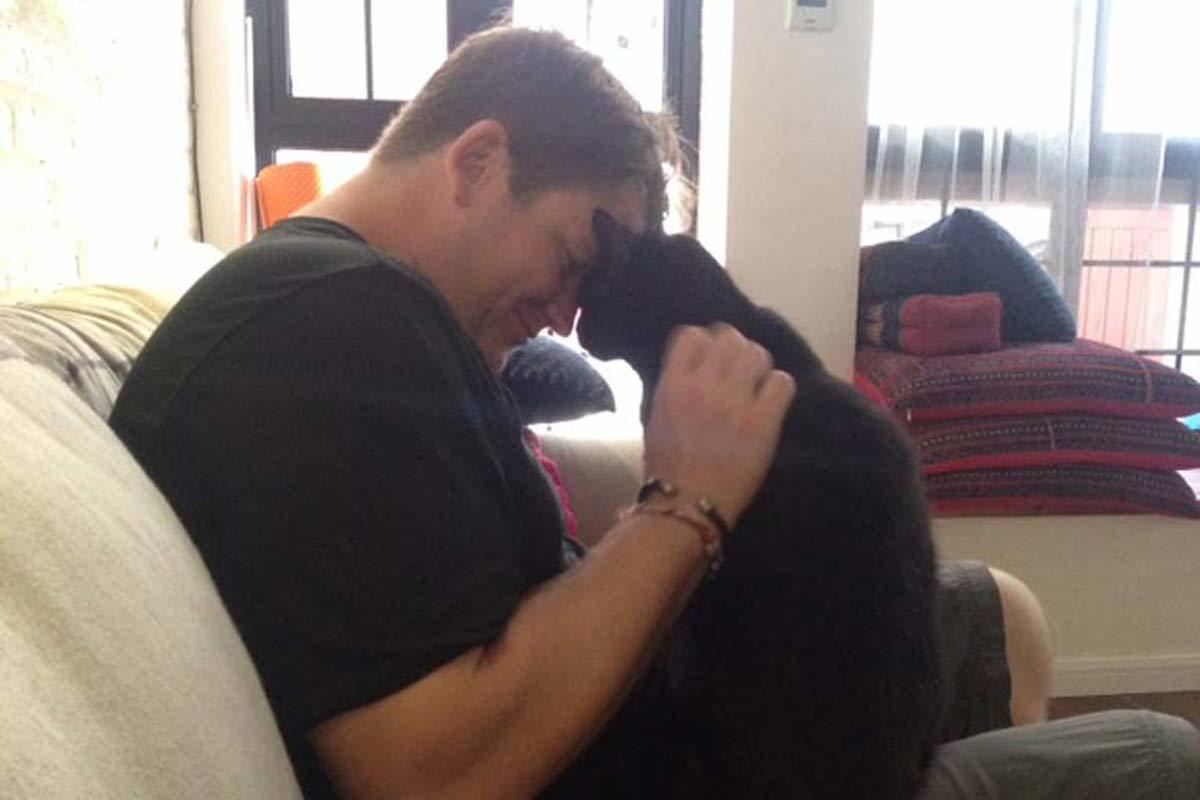 Did you find it easy to mix and talk with locals?

Yes and no. While house sitting in Shanghai, there were many people who spoke some English and there are many westerners in the city too. But even if they don't speak English, there are so many translation apps out there to help you, and during our 15 months living and teaching English in Guangzhou, China, we actually picked up enough Chinese to get through the basics with people.

We were spoiled having our house-sit in the French Concession though, because there are so many western restaurants, shops, and other expats around. It almost doesn't feel like China.

During our time living and teaching in Guangzhou we also had an easy time interacting with people and making friends. Many locals in our neighborhood wanted to talk with us, even if they only knew a few English words.

But through technology apps, broken Chinese / broken English, and body language, we managed well. Plus, we became very close friends with our co-workers and often interacted with our adult students outside of school. We also had a great group of fellow foreign teachers in our area who became quite close too.

So there was never a dull moment while in China!

Any cultural differences that made house and pet sitting more difficult?

If we had been house sitting in Shanghai for a Chinese family, we imagine there could have been some cultural differences. However, everyone loves their animals and their homes just the same. So overall, we don't think the differences would have been too big.

We were so fortunate to house-sit for a great couple who we ended up getting along with quite well. We hit it off immediately and during the sit talked, gave them updates and sent photos of the animals. When they returned home, we all had dinner together. We talked a lot about staying in contact in the future (we already stay in contact on Facebook).

They offered us the chance to sit again for them again as they're planning to be away again next summer. We will surely be up for this, because we miss those animals SO much! They were wonderful and it was very hard to leave them. They told us that the animals were very sad after we left, and the dog was even sitting at the door waiting for us to return. We hope to see them again one day when we're back house-sitting in Shanghai, or elsewhere in China.

Find out more about teaching English as a TEFL teacher

If you would like to know more about getting your TEFL qualification, teaching English in China, or even becoming remote online English teachers, take a read of this House Sitting Magazine article:   Fund Your House Sitting Travels by Teaching English