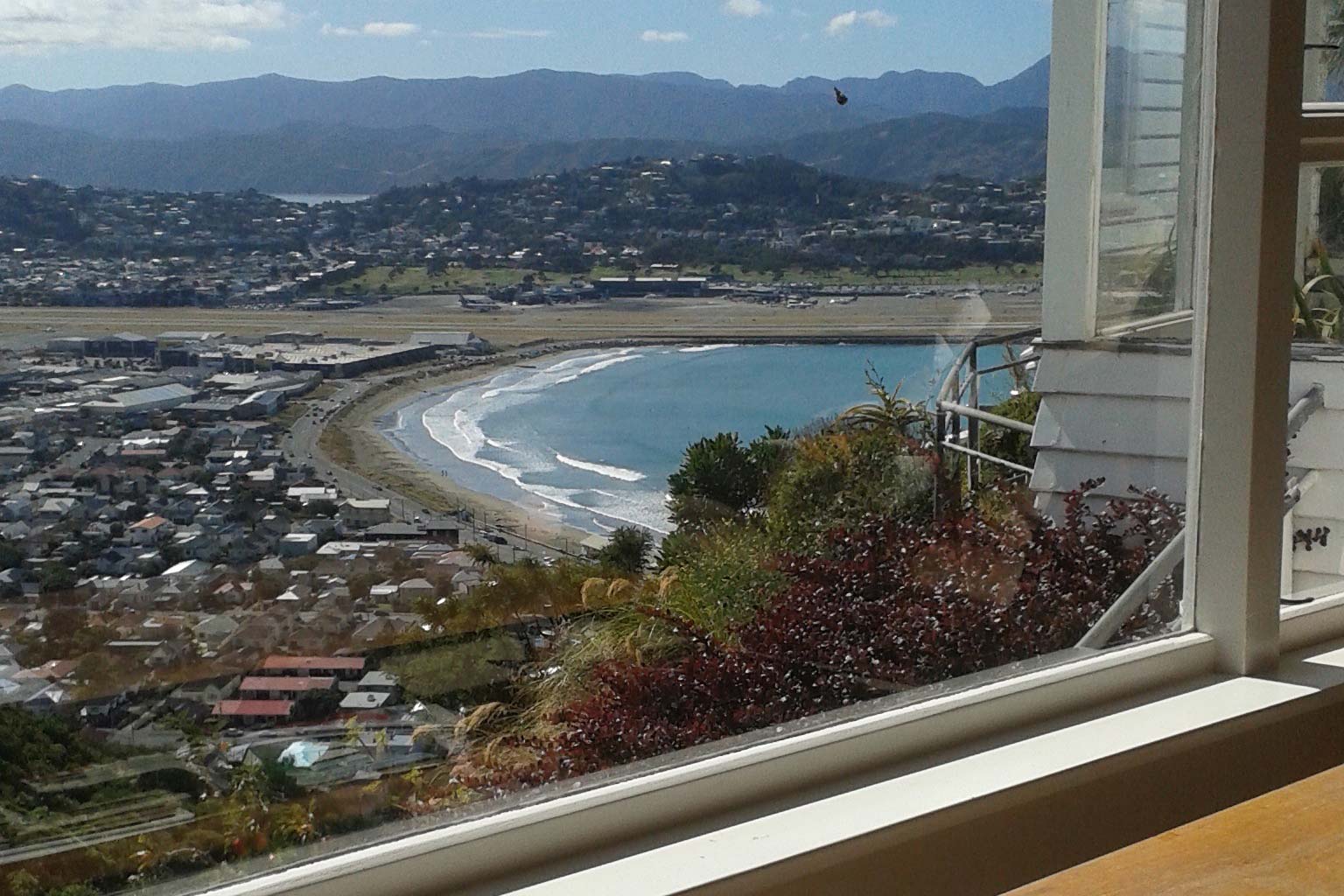 
I first started house sitting for friends. Then I discovered that there was such a thing as a “house sitting website”, where those with homes were able to connect with those who wanted a home and/or pets to care for.

Back in 2010 when I was first house sitting, it was a relatively new concept in New Zealand, and there was only one platform operating – Housecarers.com

I took an assignment looking after a dog in a cottage in Muriwai. This house-sit resulted in a referral to the landlord, who also lived in Muriwai, and I next looked after her two dogs.

I also cared for an amazing house in Coatsville, which was built on the shores of a reservoir. My charges included a paddock full of sheep, an elderly horse, a rabbit and a kayaking dog. 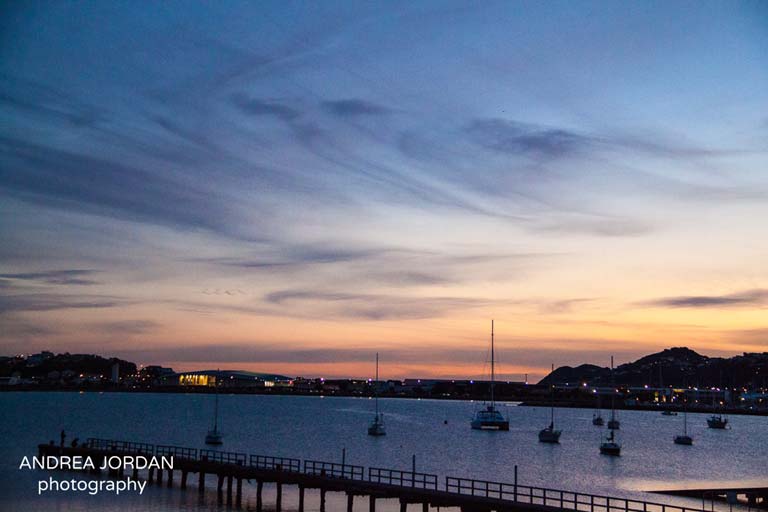 Because the house was on a reservoir the family had a kayak I could use. On my first outing their dog sat on the shore barking. I paddled back to see if he was okay and he launched himself onto the kayak! He sat on my feet like he knew what he was doing, so I gently took us away from shore.

Our outings became a regular activity. As soon as he saw me in my kayaking clothes, he’d race to the kayak and patiently wait. This was one of the oddest, and most enjoyable, animal experiences I’ve ever had.

My permanent move to Wellington

When I decided to move more permanently to Wellington, my first sit was for a cat who had a home overlooking the sea. One day while seeking directions to a local venue, I came across my next house-sit, as the elderly couple I chatted to needed someone to look after their cottage while they were on holiday.

After my last house-sit in that period I got a job and wanted to be settled in one place for a while.

My next house sitting phase began when I made the leap to becoming a business owner. After test driving this as a digital nomad in SE Asia for 5 months, I began to house-sit full time in Wellington, and would do so until I left New Zealand in May 2016.

It all started with looking after Sam the cat over the summer in Mt Cook. He wasn’t very sociable, only coming in to the house to be fed, and for a quick pat.

A beautiful home and garden in Brooklyn

I moved up the road to a stunning two storey home with a view over Wellington and the Bays. There were no animals to care for here, instead a big garden needed my attention to survive the summer months. 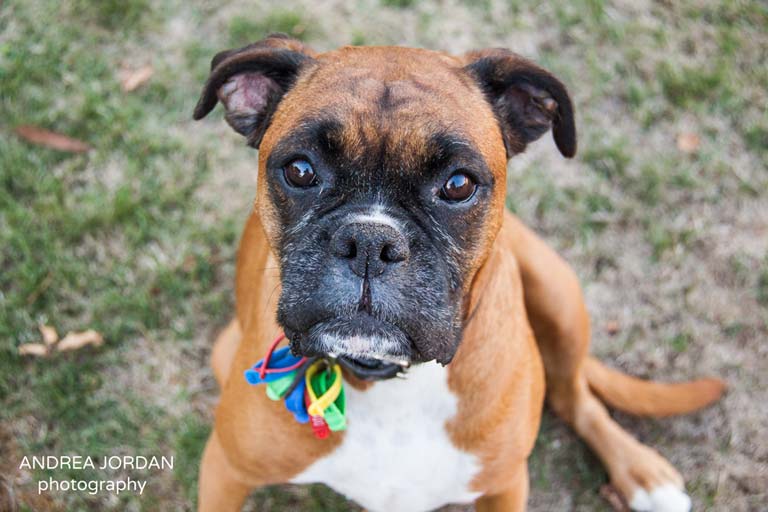 After Brooklyn, it was time for some animals again, so I headed over the hill to Greytown to care for two boxers. These two characters made me laugh every day.

They had a big lawn to run around on so they didn’t need to be walked, but they made it clear when they thought I could do with a walk. They would come and sit by my desk and stare at me. If I didn’t get the hint, they would come back with a ball to make it clear it was time for play. 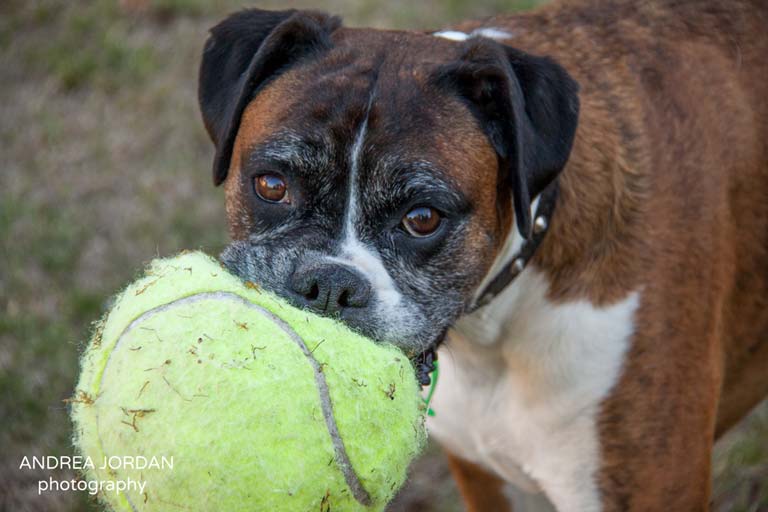 Each afternoon we’d drive to a local river for a walk and swim. They were very smart and knew that when I got my camera and hat out that it was time to go. They’d be sitting at the car by the time I got there.

These two kittens were gorgeous! They were too small and too young to go outside. Instead they kept me company as I worked at the dining room table. 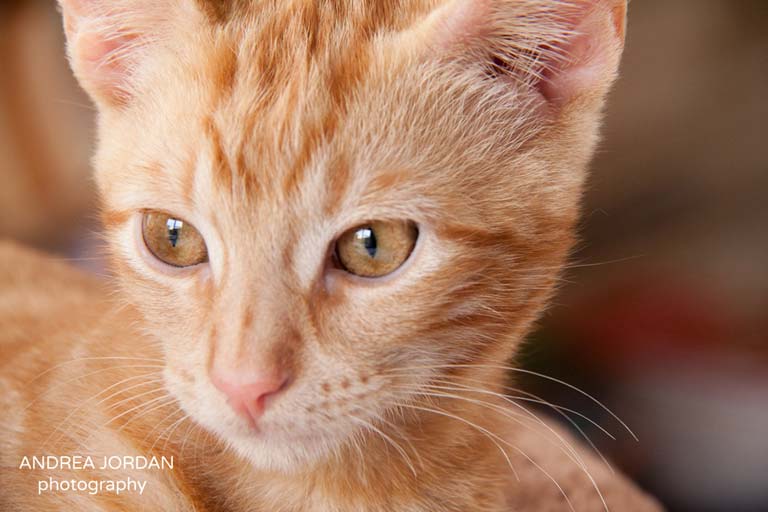 They were so cute that I didn’t even mind the early morning wake-ups as they decided it was time to race up and down the hallway. Occasionally they’d stop by the bedroom, jump on my bed (and me!) to make sure I was part of their fun.

Two cats from England needed some care while their owners headed back to England to see family. I find it surprising when people have indoor cats. But, there was a lot of traffic near to the home which meant these cats were quite content to safely watch the world go by from inside. 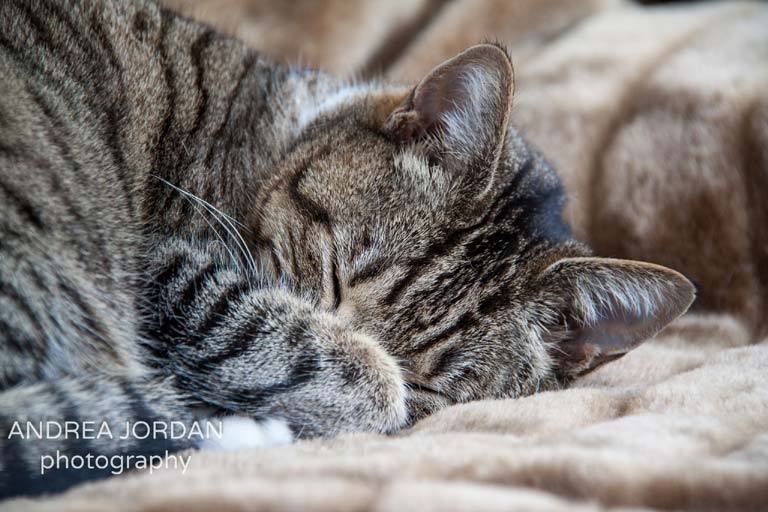 A cat in Evans Bay

I house sat for another indoor cat in a sunny town house in Evans Bay. Now, this cat did want to go outside! I’d sit out on the fenced deck with her so she could get some outdoor time. Fortunately she only made a bid for freedom a couple of times!

I went back there twice. The second time was so the owners could go on their honeymoon. It was lovely to be a small part of that celebration. 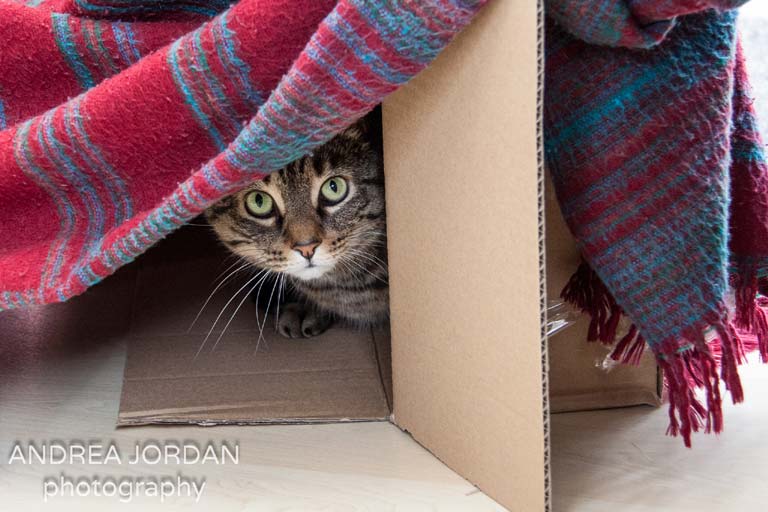 To escape the harsh Wellington winter, I spent two months in Bali and Thailand. On returning I headed out of Wellington to Lower Hutt to a house-sit I’d arranged before I left.

Six weeks in a cozy home, right by the river, with a log fire and Netflix. This was the perfect place to hibernate for the rest of winter with my two fun filled companions. But it rained a lot and the cats were getting cabin fever, so I built them a hut with empty cardboard boxes and blankets. They had a great time hiding and playing – so like little kids!

How did I find my house-sits?

The best house sitting platform to use now in New Zealand is KiwiHouseSitters – they have the largest amount of homeowners by far.

I also kept an eye on HouseCarers and TrustedHousesitters, but they didn’t have many sits in Wellington.

I also noticed that a lot more people were and still are looking for house sits in New Zealand, so it’s really important to have a great profile, and to apply for house-sits with the homeowner in mind.

Where did I stay in between house sits?

Rather incredibly I was able to have an almost continuous series of house-sits during that second period of 18 months.

I did stay with friends on two occasions, and rented from two Airbnb hosts for the odd day or two. I also traveled to Sydney for a dance performance where I caught up with friends. 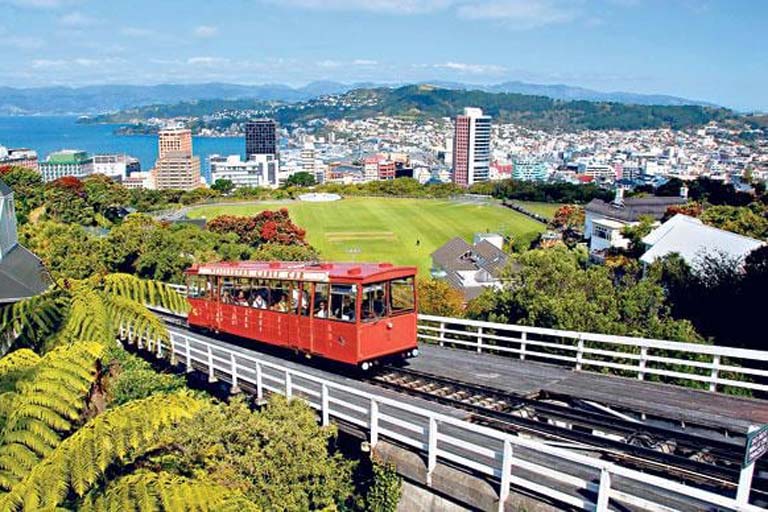 More about Wellington as a house sitting destination

Wellington is easily reached by its small, yet international airport. You can also travel by ferry if you’re in the South Island or come by bus or train if you’re in the North Island. The city has been voted as “The Coolest Little Capital In The World”, so there is lots to see there.

If you love coffee this is definitely the place to be!

Although New Zealand can be an expensive place to eat out, this city has many fruit and vegetables markets that are great value.

There’s an excellent public transport system which is well used by the locals, and you can get anywhere in the region using buses, trains or ferries. The cable car leaves from downtown Wellington and goes to the village suburb of Kelburn, and from here you will find some of the best views of Wellington.

Because Wellington is surrounded by a lot of water it can sometimes get a lot of wind! So be prepared to hold onto your hats.

For more information about traveling to and living in Wellington, check out the official website at this link:

If you enjoyed reading Andrea’s story, then you might like to check out Jenny Lincoln’s adventures, house sitting in a Spanish Manor House in rural Galicia.

ANDREA JORDAN:  Andrea has traveled to over 50 countries and all 7 continents. She put her business in her backpack and is now traveling throughout Latin America, house sitting and volunteering in animal shelters as she goes.

She’s a keen dog walker and champion bell-scratcher, but it’s when she picks up her camera that magic happens. She creates stunning images that capture the personalities of the wonderful creatures she cares for.

You can see her photos and read about her travel adventures and her business life here at http://www.learndiscoverbefree.com 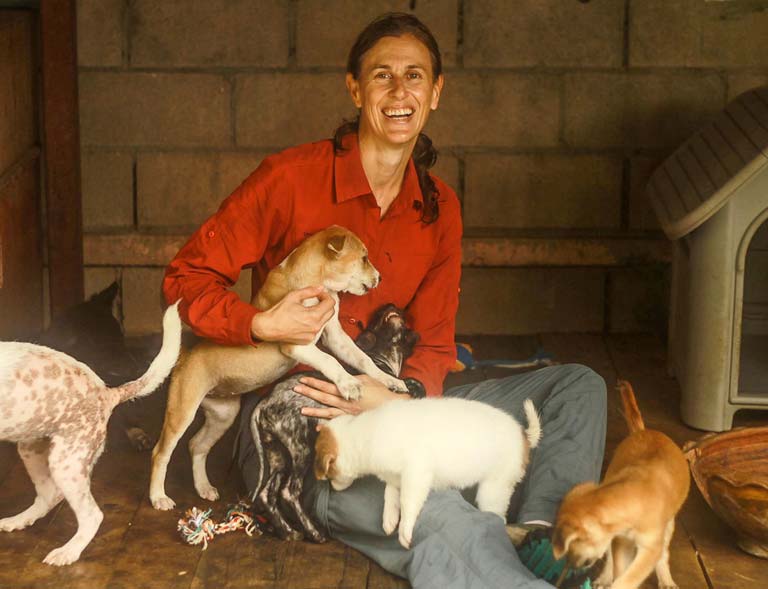