House sits with llamas and alpacas 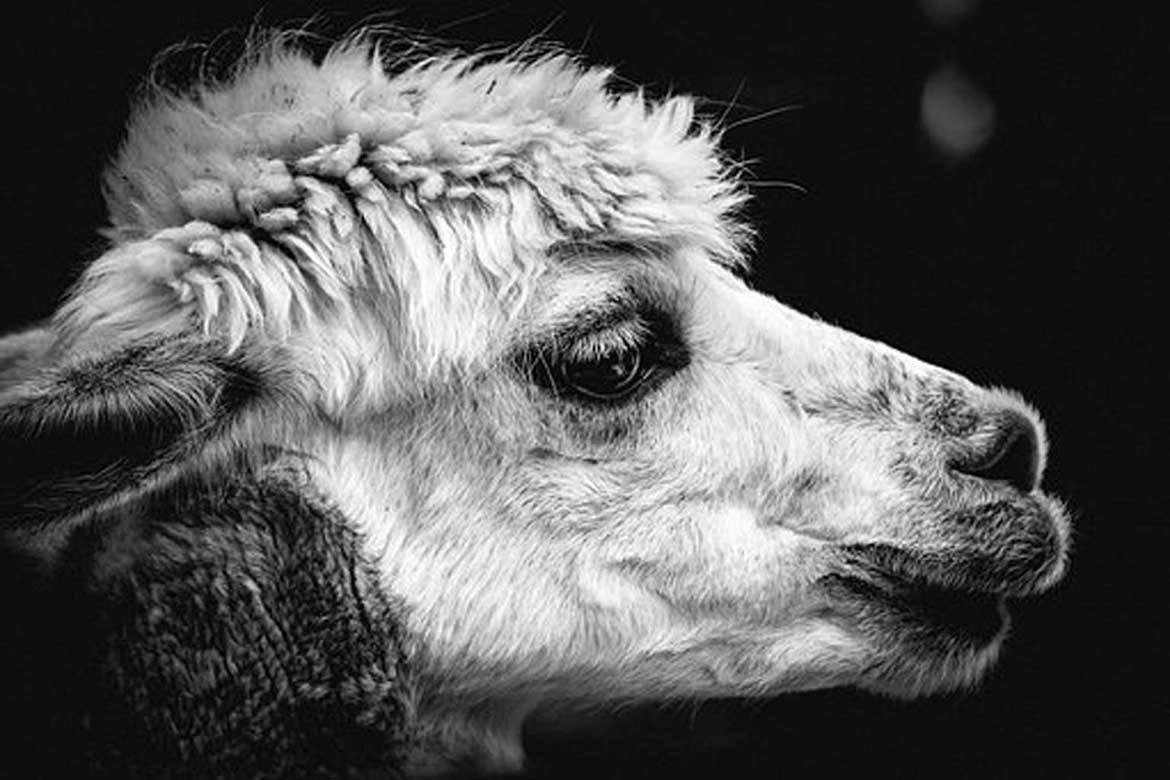 House sits for hobby farms are on the increase

Have you come across the growing number of house sits with the pets listed as sheep, pigs, horses and even llamas and alpacas?

As hobby farming experiences a period of growth, so too have the house sitting jobs requiring trustedworthy house sitters to care for these various hobby farm "pets". It's inevitable really... you can't really take a couple of alpacas down to the boarding kennels, can you?

In this article we take a specific look at alpacas and llamas and give you some guidelines for what you'll need to know to make sure you provide the best care possible. Of course, your homeowners will no doubt give you plenty of information and advice, but it doesn't hurt to be pre-prepared and show your house sitting professionalism, but knowing at least something about the care of the pets in your charge.

We first came across these curious creatures at a farmer's market while house sitting in Australia, and then again at a local fete while on a house sit in the south of England.

To be honest, I wasn't really sure if they were llamas or alpacas, so in anticipation of a future llama or alpaca sit, I decided it was time to learn more about these delightful animals.

Table of Contents (click here to expand / collapse)
What's the difference between a llama and an alpaca?
Personality and temperament
House sit care and feeding llamas
Know your alpaca
Feeding alpacas

What's the difference between a llama and an alpaca?

SIZE - Lllamas are roughly twice the size of alpacas at between 200 and 350 pounds.

HEIGHT - Llamas are taller - At the shoulder they are between 42 and 46 inches. The shorter alpaca is between 34 and 36 inches.

FLEECE - The llama has a coarse outer coat over a softer inner coat - as opposed to the alpaca, which has a very fine, single coat. The alpaca also produces more fleece and in a much greater variety of colors.

DISPOSITION - Alpacas are very much herd animals, while llamas are more independently minded.

Everyone has a different view on how "friendly" llamas and alpacas are, especially with new or temporary owners. What is apparent though is that both animals can be kind, intelligent, curious and gentle, although alpacas can be more nervous and skittish.

Alpacas can be heard humming softly to each other when penned, but they will make a shrill call if startled or scared by a predator. If you annoy them they will cluck and even spit when under immense pressure.

Because they are so intelligent, alpacas learn quickly what you need them to know. Halter training, getting into and out of trailers, and toe-nail trimming shouldn't be too difficult. They also have long memories so seldom forget what they've learned. 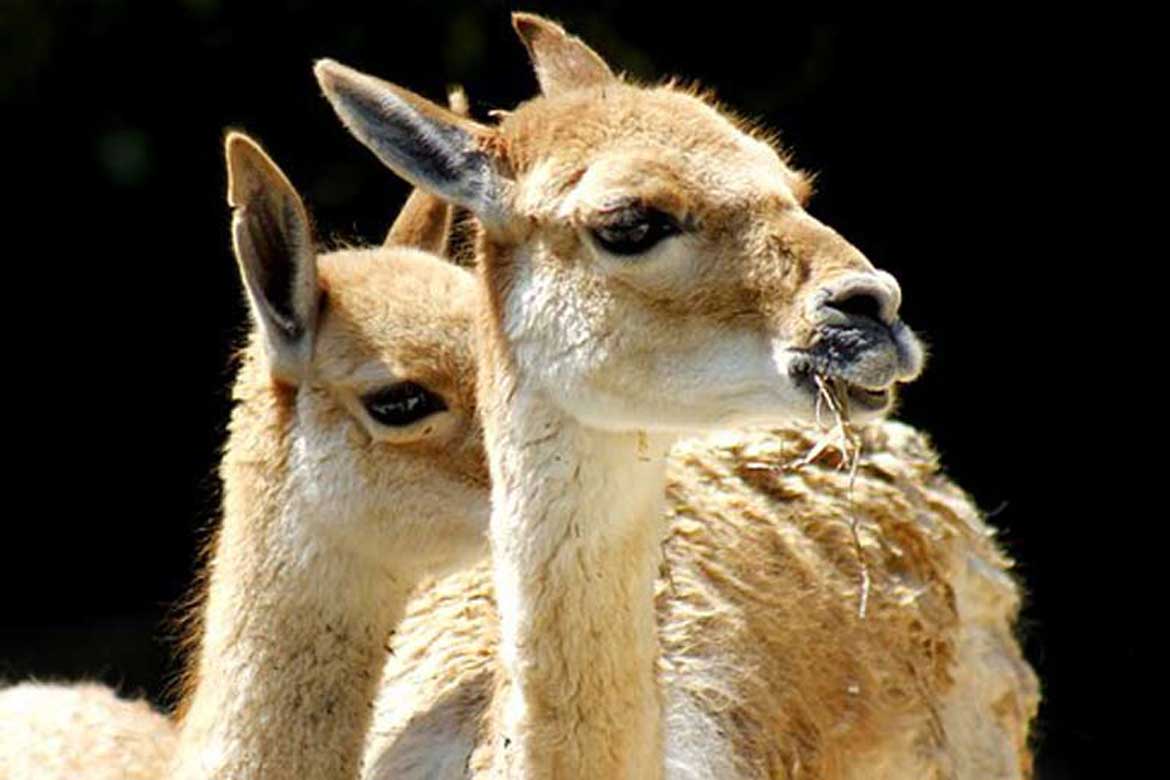 Llamas are born with a gentle, inquisitive nature and are not aggressive or confrontational. They will play and chase each around and may even enjoy being taken out for walks. Breeding males, on the other hand, that are allowed to run with females all the time, can get territorial and possessive, so beware!d They can also be territorial around their food.

It's important to know what basic husbandry you'll need to undertake when looking after llamas and alpacas, so we've provided a basic introduction to what you might need to do:

All livestock, whatever type, should be checked at least once a day. Observing the animals and learning about their normal behavior helps you recognize if something is wrong.

However, llamas are some of the easiest animals to keep because they are hardy and generally very healthy animals. Llamas have a soft padded foot with a strong nail at the end, which may need to be trimmed yearly but more likely requires no trimming at all. 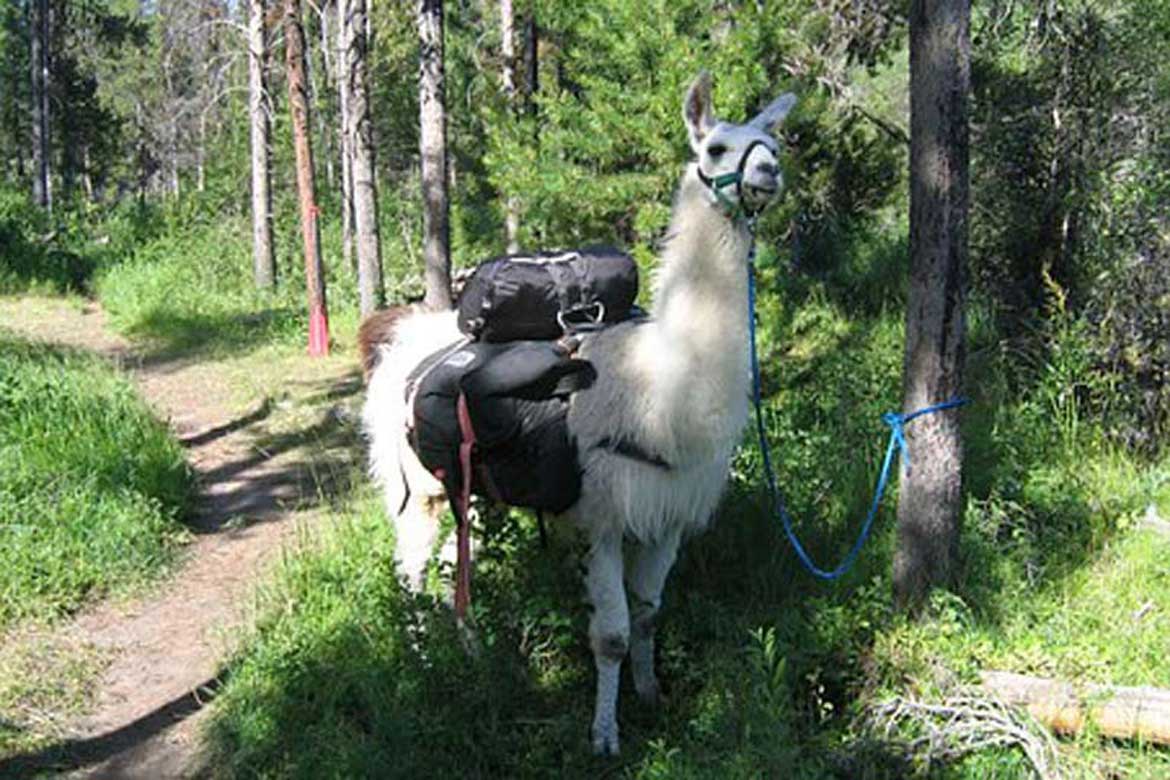 For most llamas, grazing and occasional extra hay is enough to keep them healthy. You may have to provide extra vitamins and minerals if they are lacking in their forage, but the home owner will advise on this matter.

Mucking out llamas is easy. They tend to poo in one part of their house or field only, producing tidy little heaps of pellets that are easily shoveled away. It's rare that they poo in their stables, unless it's very wet, as we've been told they don't much like the rain.

It's easy for both llamas and alpacas to become overweight, and you may be asked to "score" the animals to check their body size below their lovely fleeces. To be honest though this is only likely to occur on long term house sits.

There are two types of alpaca.  The Huacaya which has a fine dense fleece that grows straight out from its body, and the Suri which has a soft fleece that hangs down from the body in long locks. 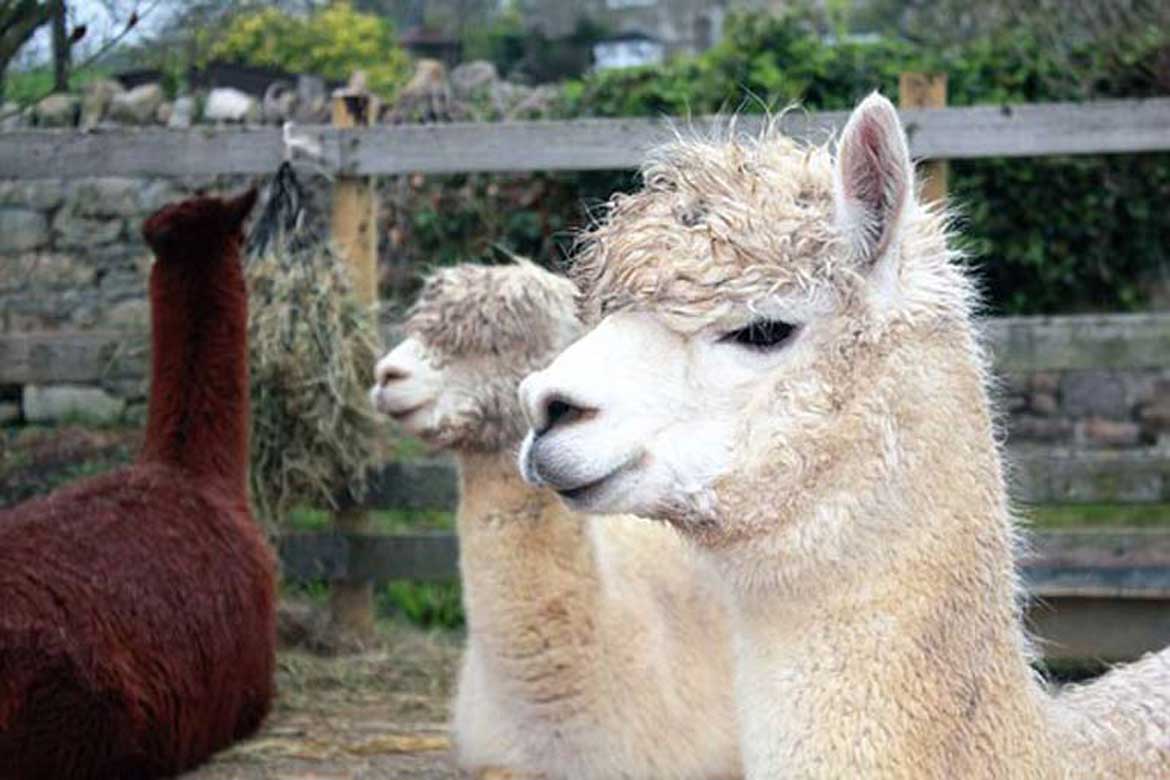 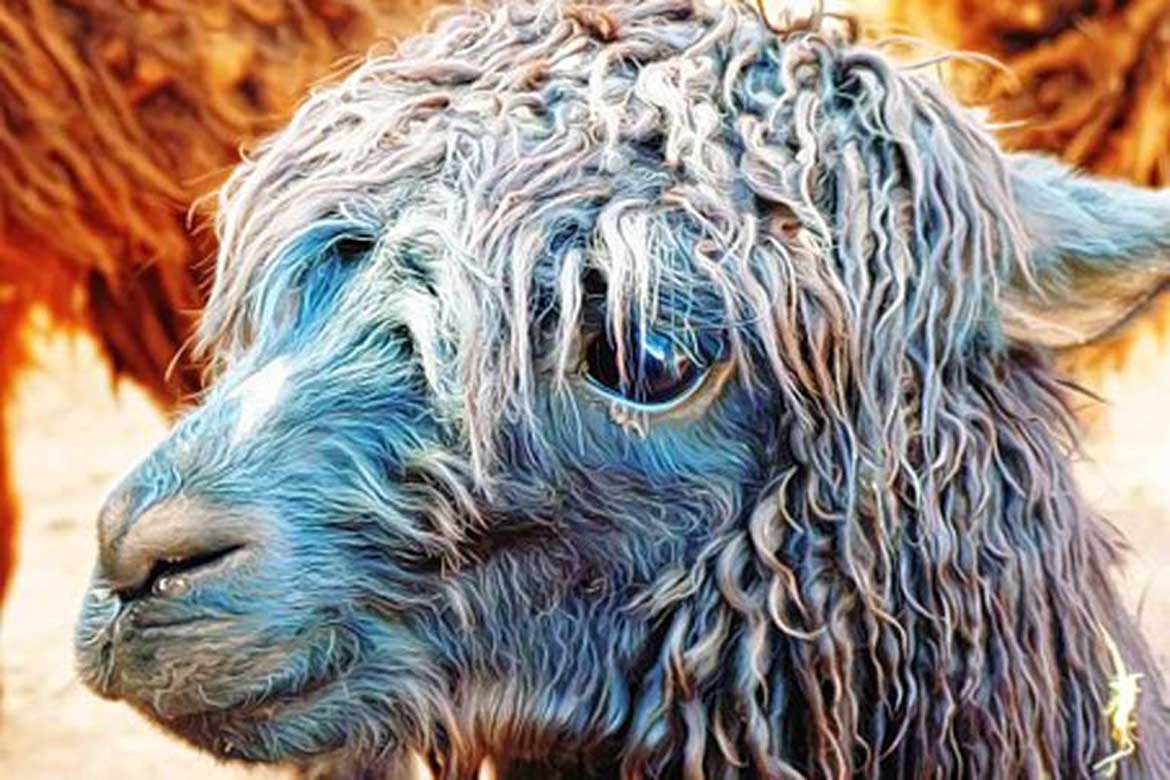 Alpacas eat grass and hay. As well as grazing, they will also browse hedgerows and sometimes eat tree bark. They don't always realize that poisonous weeds (such as ragwort) are off limits so it's important to check to see if anything needs to be controlled.

Because they developed in harsh Andean conditions, they make excellent use of their feed, and can thrive on poorer pasture than most farm stock, easily gaining weight if fed specialist concentrated foods. 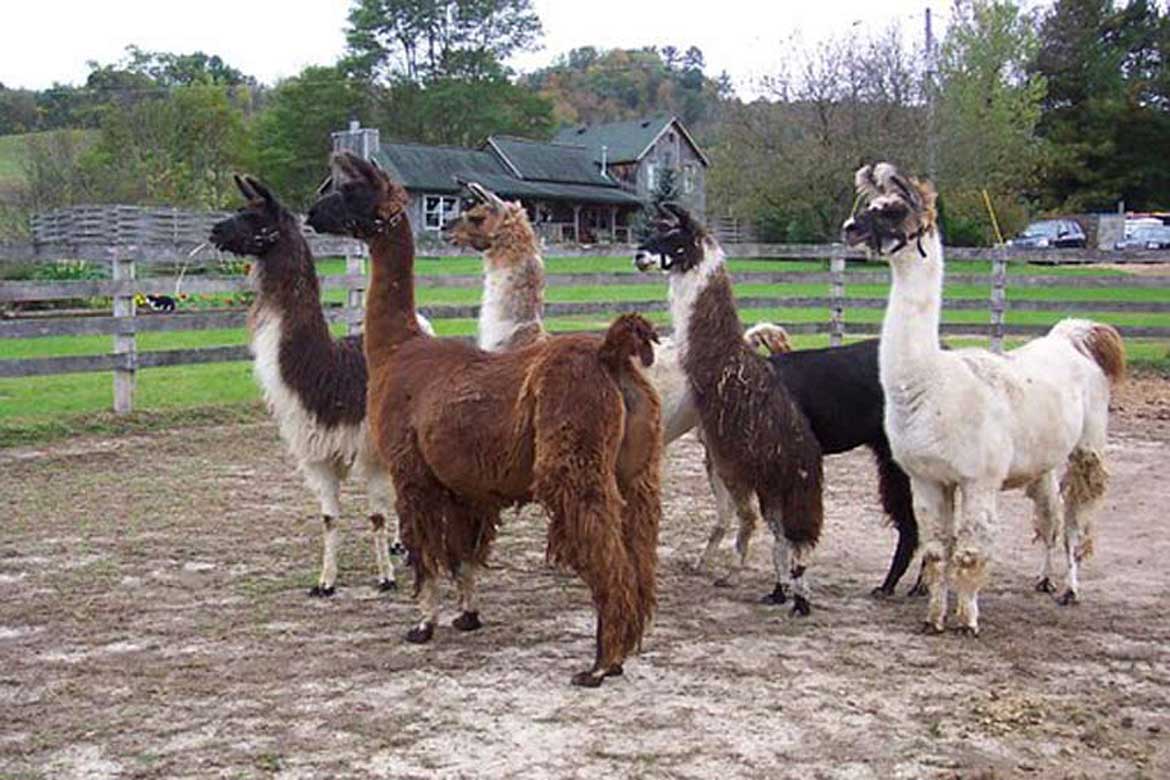 Alpacas are herd animals and should never be kept alone as this will cause severe stress. Alpacas need to be shorn once a year, usually in the summer but never groomed as this can damage the fibre in their fleeces.

We got our information from these great reference sites below:

Hopefully we've given you a bit more information about these delightful animals, that will help you decide whether house sitting for alpacas or llamas is for you!