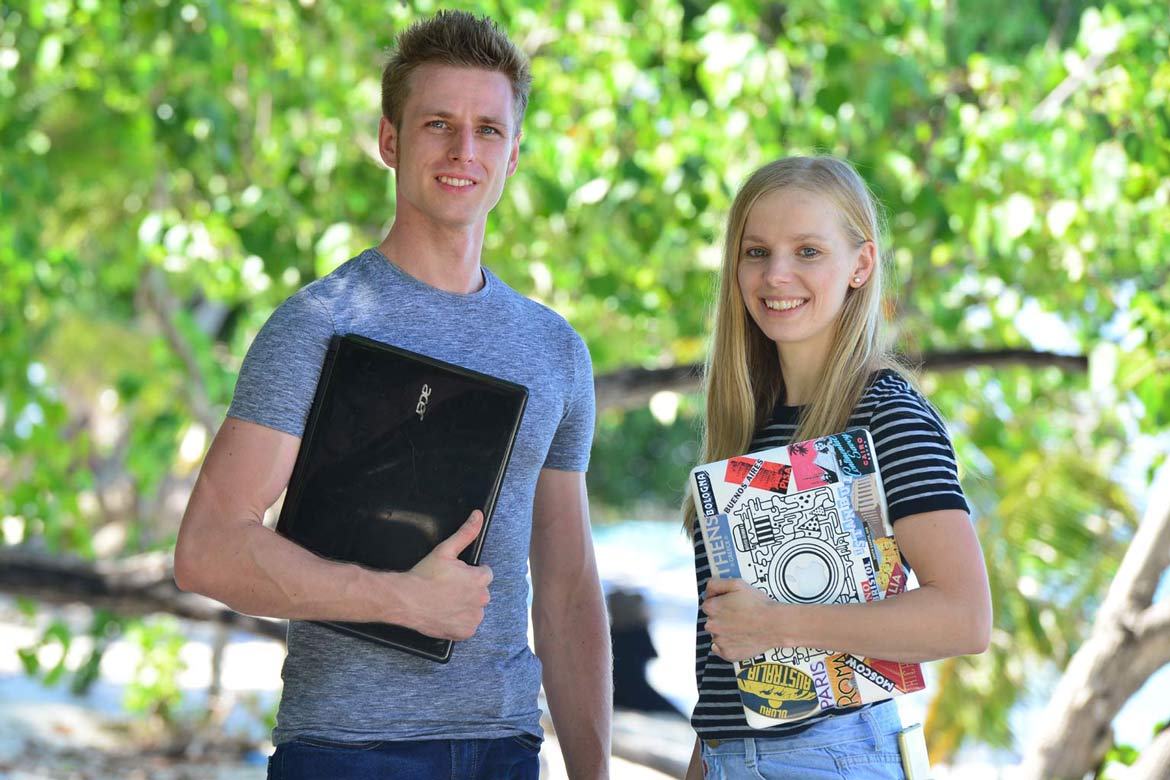 We often talk to people who changed their lifestyle a little later in life, sometimes through choice and occasionally through necessity. But Agness and Cez are different in that they pretty much started out on their careers by thinking outside the box.

Agness and Cez met at university and discovered their similar passion for independent travel. Three years later in 2011 they were inspired to create a nomadic lifestyle and roaming income, not long after graduating. Agness set off first on her own to teach English in China, and Cez followed on six months later.

They’ve since created a highly successful travel blog and 2 fitness blogs, but now make their income as “influencers” and “brand ambassadors”. Their website eTramping is rated as the 4th best budget travel blog according to USA Today (2016).

We wanted to find out more about their nomadic lifestyle choices and how they sustain their location independence. 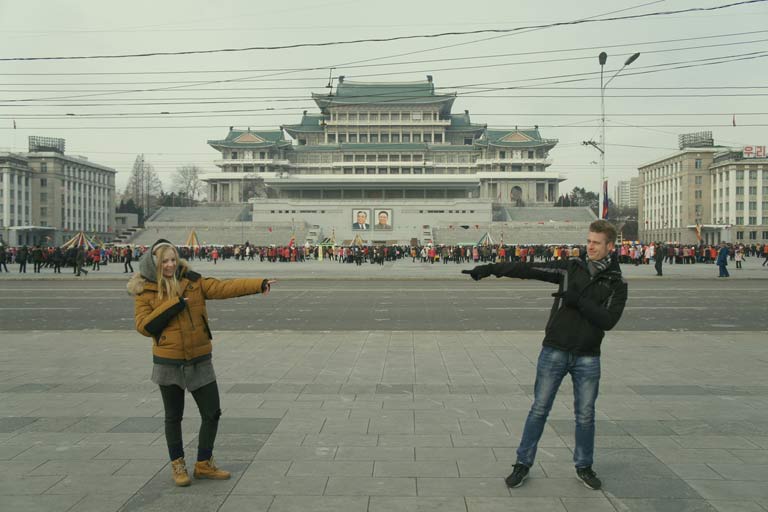 You ditched your 9-5 job six years ago now – what was your job and what prompted you to think “that’s it, I’m out of here” ?

I was originally working in Amsterdam in an office job. I liked it. In fact, I loved living in Amsterdam. The problem was that I’ve always had the travel bug and getting it out of my system just wasn’t possible. I guess at one point I just couldn’t stay in the same place any longer and that’s when I said, “That’s it, I’m out of here.”

Was it a spontaneous decision or did you create your “escape plan” over time?

I guess it was a gradual decision. I mean, you can’t uproot your life in an instant unless you’re running away from something. I wasn’t running away, I was running towards.

The idea had been with me for a while, the back of my mind working on different solutions, but I guess at some point it changed over to reality. Between that point and actually leaving, I guess it was pretty short, but definitely not “overnight”.

Looking back would you have done anything differently?

I don’t think I would have. I love the way things have turned out; warts and all.

What’s the hardest thing about living and traveling with someone 24/7?

The incessant speaking! Hahaha. No, it’s pretty great actually. Sometimes we need our own space so we go off and do our own thing, but in general, things are pretty easy. We don’t really ever fight, we don’t bicker, and we’re lucky enough to have similar interests.

How often do you go home to visit family and friends?

At the moment, we’re staying in Gdansk, so we’re pretty close to our families. Plus, I just went on a trip around Europe with my mom together. We don’t always have to see our families back in Poland. Why not meet halfway?

You mention that running and fitness are your passions. What does your weekly fitness routine look like when you are on the road traveling?

I try to keep up with at least doing some stretches. This was great on my recent trip with my mom because she tried to join in. There we were on a hotel balcony in this place called San Giovanni Rotondo, stretching in the morning light. Perfect.

Maintaining a healthy lifestyle can be tough as a digital nomad, how can your websites FitTravelling.com and RunAgnessRun.com help others?

I think that those websites were about getting some of the stuff we were doing down on paper. It’s great to be able to share experiences and advice on things with other travelers. Since we were already doing it, why not help others? I guess that the added followers giving us support also didn’t hurt, right? 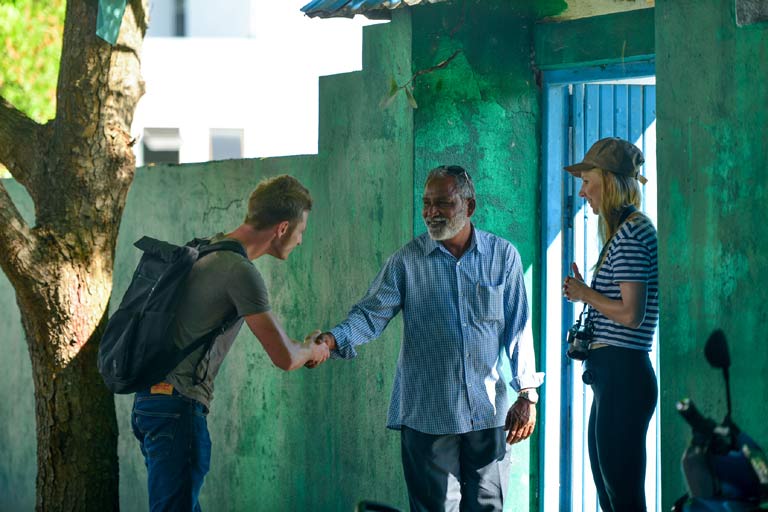 Cez greets the locals in the Maldives

What was your eureka moment that made you take action and leave the “security” of your job in banking?

In the beginning you and Agness become budget travel experts, surviving on less than $25 US a day. Was there anything you missed from your old life while sticking to this budget?

There’s always something extra special about a budget traveling experience that is a little harder; a little more dangerous. I miss that thrill and excitement now we don’t have to live on $25 a day, but I also don’t miss it. I love the “security” we now have, but sometimes I do feel that the stories can fall flat without that added dimension.

How did your roaming income evolve? Did you find it difficult to get started and how long was it before you attained a level of success you were happy with?

It took a long time to build up. We started with Instagram and then put together some articles on a blog, finally deciding to take it seriously. We dedicated a lot of time to the blog and to creating content which was interesting. It took several years until we were able to live off the income from it. Several years in which we had to fund the traveling lifestyle ourselves.

I LOVE it and I also love sharing it with the rest of the world through Instagram and Facebook.

Are there any particular challenges in your life now that wouldn’t have existed in your previous life?

Seeing family and friends. Being so Nomadic, it isn’t really possible to settle down and find friends. I think one day it will have to happen, but that day is not today; or tomorrow.

Mac or PC for work and why?

That’s a tough one, both have their advantages. I’m not sure I can really say. 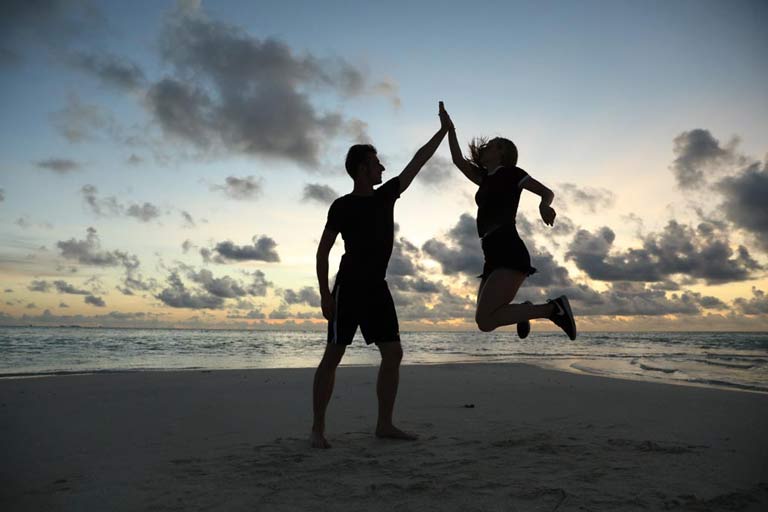 Both: More on living the nomadic lifestyle


How did your families react to you quitting your jobs to live a nomadic lifestyle?

One of the coolest assignments we had was checking out the Hobbiton Movie Experience. It was a really awesome experience and I (Agness) made a lot of jokes about how Cez was a giant. Cez was particularly happy to go here though because he loves the series. He had read all the books, seen all the films. To actually be here was a dream come true for him.

Do you have a “typical” work week and do you think you put in more or less hours than before?

We have got a typical work week. Every day we have to spend at least an hour online checking through anything which has happened on the site, replying to comments, and generally trying to work on promoting ourselves. We probably work fewer hours than before, but it can be a lot more stressful.

Do you use a VA or anyone to help with your business? I can’t imagine how many emails you get with 33,000 unique visitors a month!!

That’s a secret and one which we plan to hold onto for another few years (Cez doesn’t have 8 arms though).

Which has been the best value location for living and working as a digital nomad?

South East Asia is probably the best. Great value and a great experience.

How do you decide where to travel next?

We base all of our choices on where we want to go. If we don’t want to go to a place, we don’t go. We also have a tendency to “wing it”. For instance, when we were traveling around Europe, we happened upon a small town called Bergheim and decide to stay there for a while.

What types of accommodation do you live in?

It depends on what the trip is for. Sometimes we are asked to stay at a hotel, other times we feel more like bunking down in a hostel or cheaper place. We even spent one night in the car when we were traveling around Europe!

Have you ever considered house sitting?

That’s an interesting idea. We’ll have to look into that. I think that it’s definitely a possibility.

What’s one food from your travels you’d recommend everyone tries?

Chinese Chou Doufu. It will give you a story you’ll never forget.

What’s the strangest ever interaction with another person while traveling?

One of the strangest interactions – but also the best – was probably whilst we were staying at an Airbnb a while back. The host was this incredibly well-traveled guy who just shared amazing stories about where he had been and what he had done. It was great to be on the other end and listening to everything, but it also felt strange.

Do you ever think about the future and what it will hold for you as digital nomads, in say 10 years time?

We both think about the future, but I don’t think that we have any solid plans. Traveling is all about going where life takes you and that’s exactly what we’re going to do.

For more info on Agness and Cez head over to eTramping.com