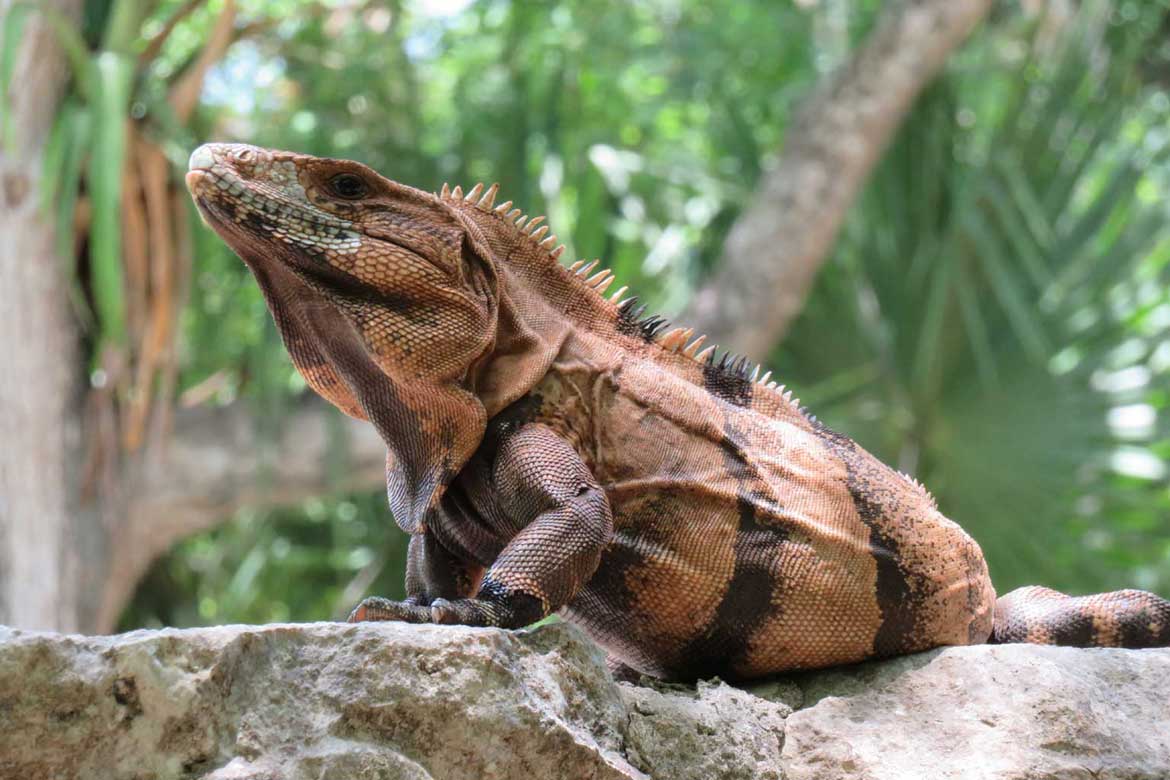 ExoticDirect pet insurance (UK) have collected ten of the most fascinating facts about reptiles, so if you've ever had a pet sitting assignment looking after reptiles, or you're thinking about pet sitting for a snake, lizard or other reptile, this will be an interesting read.

1.  There are four main reptile groups

These are the Crocodilians, which includes alligators and, of course, crocodiles, the Squamates which includes lizards and snakes, the Tuatara which look like lizards but differ in their bone structure, and the Turtles, which contains, well, turtles.

Turtles and Crocodilians have remained largely unchanged since they appeared around 200 million years ago. Squamates are the most diverse group, containing around seven and a half thousand different species.

You might remember the famous scene from Planet Earth in which the baby iguana is chased by snakes, perhaps one of the tensest television scenes of all time. This iguana, being a lizard, belongs to the Squamate group.

2.  Reptiles and birds are actually related...

Some reptiles, like crocodiles, are more closely related to birds than they are to other lizards.

For this reason, some scientists have started to consider birds a part of the Reptilia class, one of the stages of the taxonomic rank that groups evolutionary similar animals together.

This is because birds, lizards, snakes, turtles and crocodiles all descended from a common ancestor that lived around 300 million years ago. Reptiles evolved from amphibians, being some of the first animals to move to live on the land rather than in the water.

For this reason, reptiles are sometimes considered the evolutionary step between these amphibians and more recent animals, including dinosaurs (okay, not that recent), mammals, and birds.

3.  ...and reptiles’ skin came with this evolution

Reptiles scaly skin evolved as a layer of protection, meaning these animals could finally move away from bodies of water and live on the land without a risk of drying out.

For the snake, which is entirely covered in scales, the skin gives protection, helps it move, and also functions as camouflage. 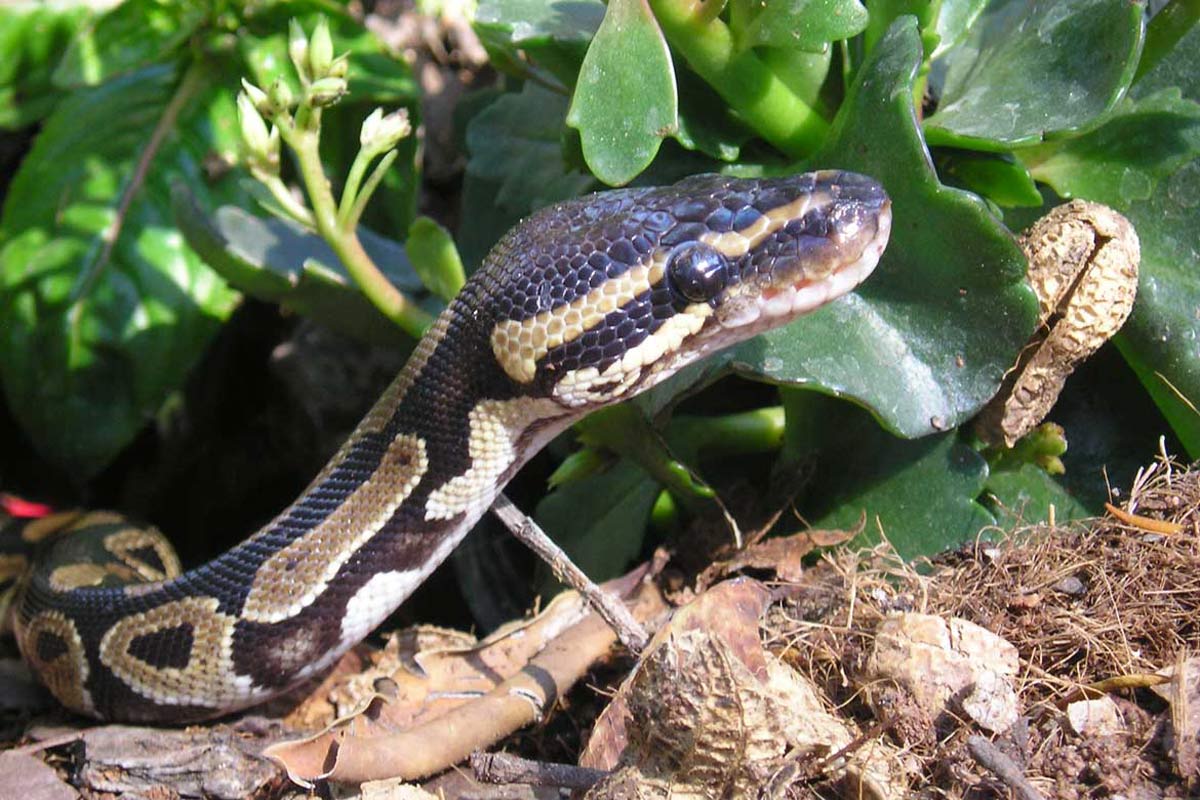 Reptiles either shed their skin in flakes, or all at once like snakes do. This shedding of the old, worn out skin means the reptile has a nice new set to live in. It also helps to remove parasites which may harm the reptile.

Some geckos even eat their own shed skin. Needs must.

Or, in scientific terms, ectothermic. This means that they rely on the world to keep them warm, rather than having internal ways to regulate their body temperature.

Therefore, reptiles like crocodiles and snake relax in the sun during the way warming themselves up and energising. Then, in the evenings, they become sluggish, having no sun to keep them powered up.

This might sound like an inefficient way to live, but it actually means they’re able to eat significantly less than other animals like birds and mammals; it does, however, mean they’re unable to remain active at night.

Most reptiles have three-chambered hearts, which differs from the human’s four chambers. This poses some health benefits: reptiles are usually better at enduring bigger changes in heart rate and blood pressure.

Crocodilians, however, do possess four-chambered hearts. Their anatomy is still pretty different from a human’s, though. (But you could have told that just by looking at them.)

6.  Some reptiles change sex based on temperature

Almost all reptiles lay eggs which have leathery-feeling shells. These eggs help to protect the reptile, as well as preventing it from drying out.

Some reptiles have temperature-dependent sex determination, meaning the sex of the reptile is determined by how hot or cold the egg is incubated. This is exhibited most commonly in turtles and crocs, but is also true of some lizards too.

Come on, guys, get it together!

7.  Unfortunately, reptiles can suffer from some pretty bad illnesses

Royal Pythons, for example, can suffer from anorexia. Some have been known to not eat for up to eleven weeks. This can be due to health care problems which cause the python to lose his or her appetite. 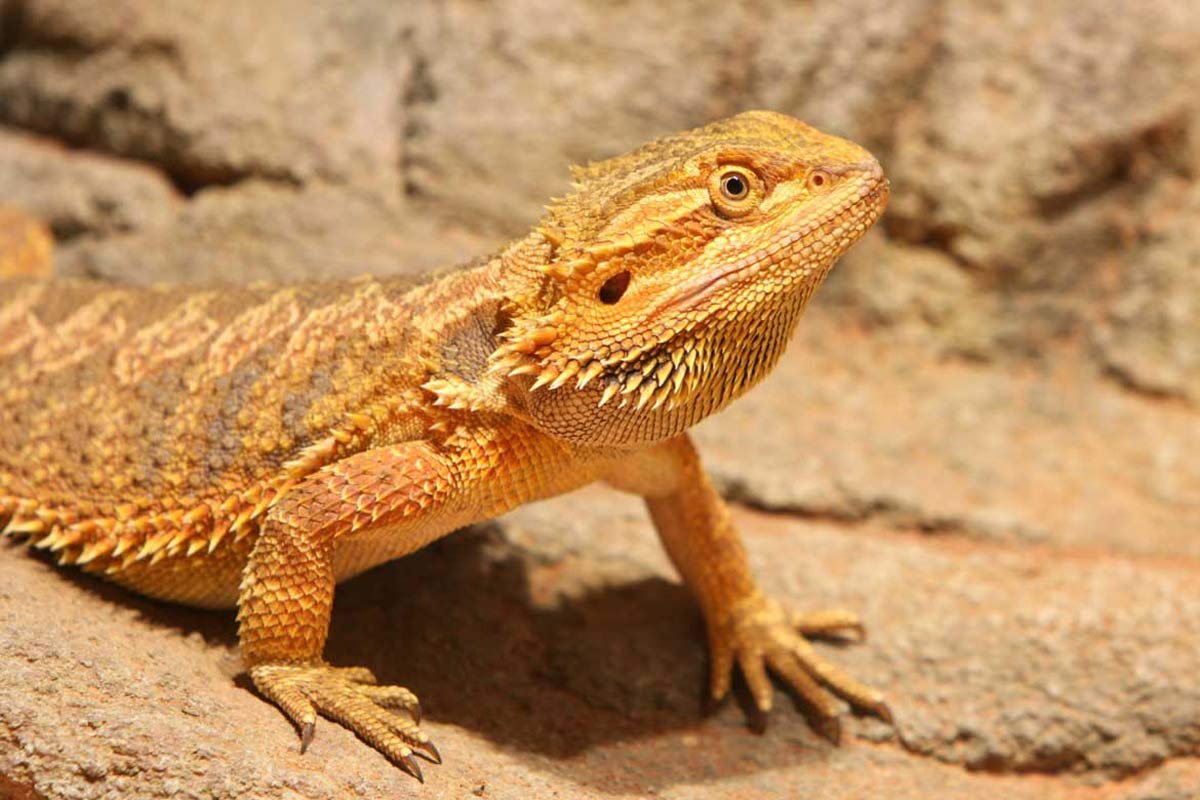 Bearded dragons can suffer from metabolic bone disease. This can be a pretty serious condition, and ExoticDirect has paid out £396 for this before.

Finally, Tegus can suffer, embarrassingly, from constipation - not a very comfortable illness for a reptile (or a human, for that matter).

8.  Reptiles can be pretty dangerous, unless you’re in the UK

The last recorded death from an Adder bite in England, for example, was in 1975. Saying that, of the roughly 3,400 snake species, 600 are venomous. Luckily, the Adder is the only poisonous species the UK has - that is, lucky if you live in the UK.

Then there’s the Alligator Snapping Turtle, the bite of which has been known to take off fingers and limbs due to how strong it is.

The Komodo dragon, the largest living lizard species, growing to about three metres long, is a quick mover and attacks on humans have been reported in both the wild and in captivity.

And according to some sources, crocodiles kill around 800 people per year. Saltwater crocs, the largest of the crocodiles, have an especially strong bite, exerting thousands of kilos of pressure per square inch when they bite down. But hey, Steve Irwin used to play with crocs all the time - we still don’t recommend doing it.

Perhaps it’s because of an Indiana Jones fear-of-snakes style complex, or perhaps reading too many Harry Potter books, but surveys suggest that the animal people dream of most often is the snake.

According to dream websites, dreaming of snakes means you’re working through resolving an issue you have in your life, and can also be a sign of transformation, something taken from the snake’s ability to shed its skin. Whatever the truth of these analyses, you certainly wouldn’t want a snake in your bed. 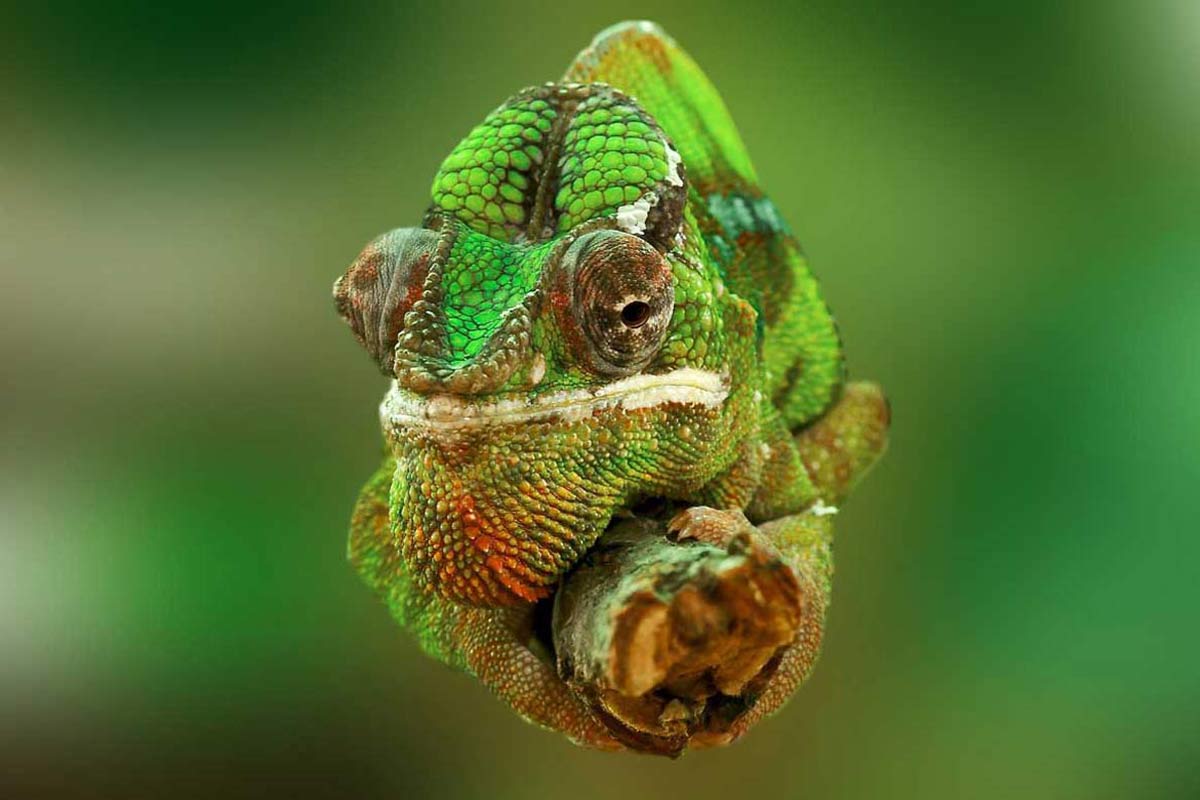 According to Our Planet, in 2017 the largest croc ever captured and put in captivity was - brace yourself - a whopping 6.17 meters long, and it was suspected he ate two human beings.

And in 2017, the Guiness Book of World Records website put the largest crocodile that ever lived as a Sarcosuchus Imperator, who was a petrifying 12 metres long.

This writer is getting the shakes just thinking about it.

The longest snake, meanwhile, is 7.67 metres long (25.2ft). Medusa, a reticulated python, is housed in Kansas City. She’s eaten a whole deer in one sitting before and weighs a hefty 158.8kg (350 lb). This is according to the Guiness Book of World Records, 2011. She’s owned by Full Moon productions in Kansas City.

The oldest tortoise, Adwaita, was estimated to be at least 150 years old according to the BBC in 2006, and some estimates even put his age at a stately 250 years.

Finally, the largest reptile zoo in the world is in South Dakota, USA, and houses 225 different species and subspecies (as of 2013).

So if this piece has inspired you to learn more about reptiles, head to Reptile Gardens just outside of Rapid City.

Do you own a reptile? ExoticDirect can insure reptiles including tortoises, birds and small and large mammals. If you’re a UK resident, why not get a quote? 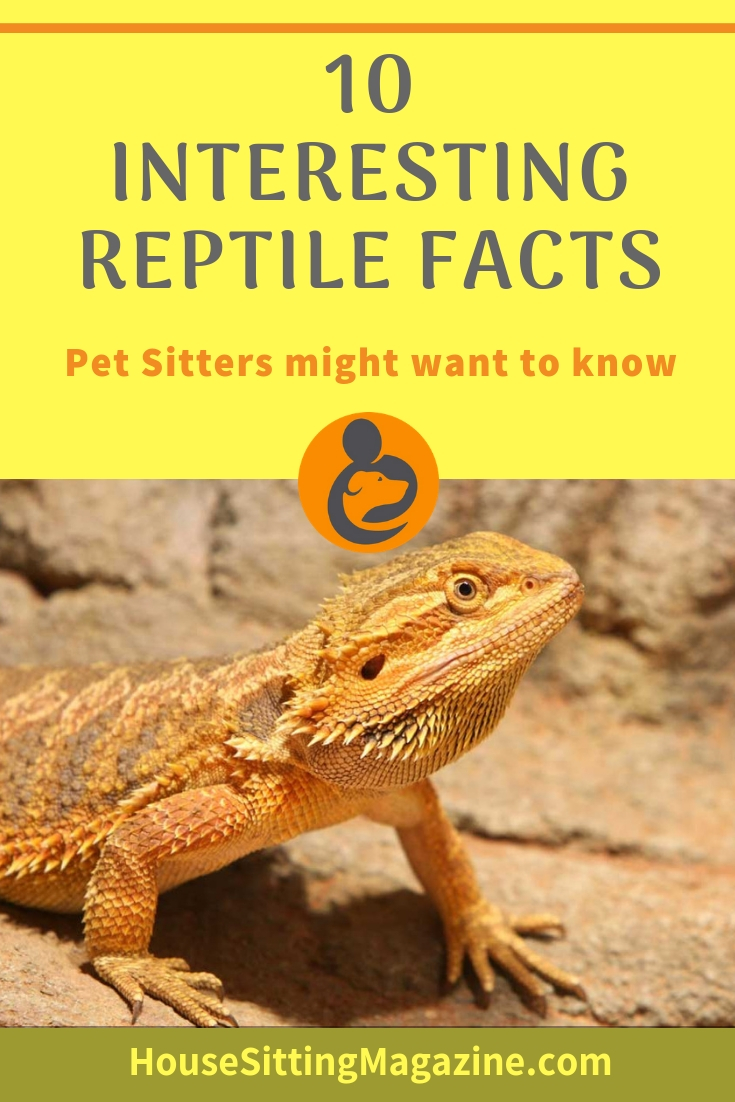 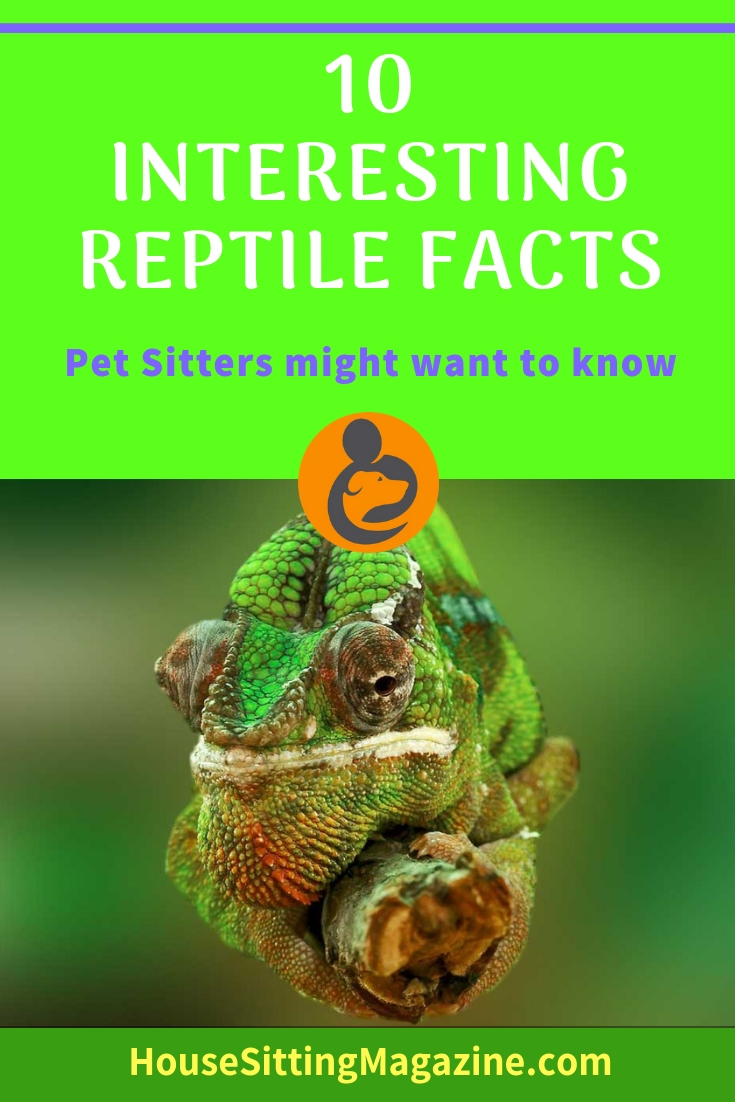 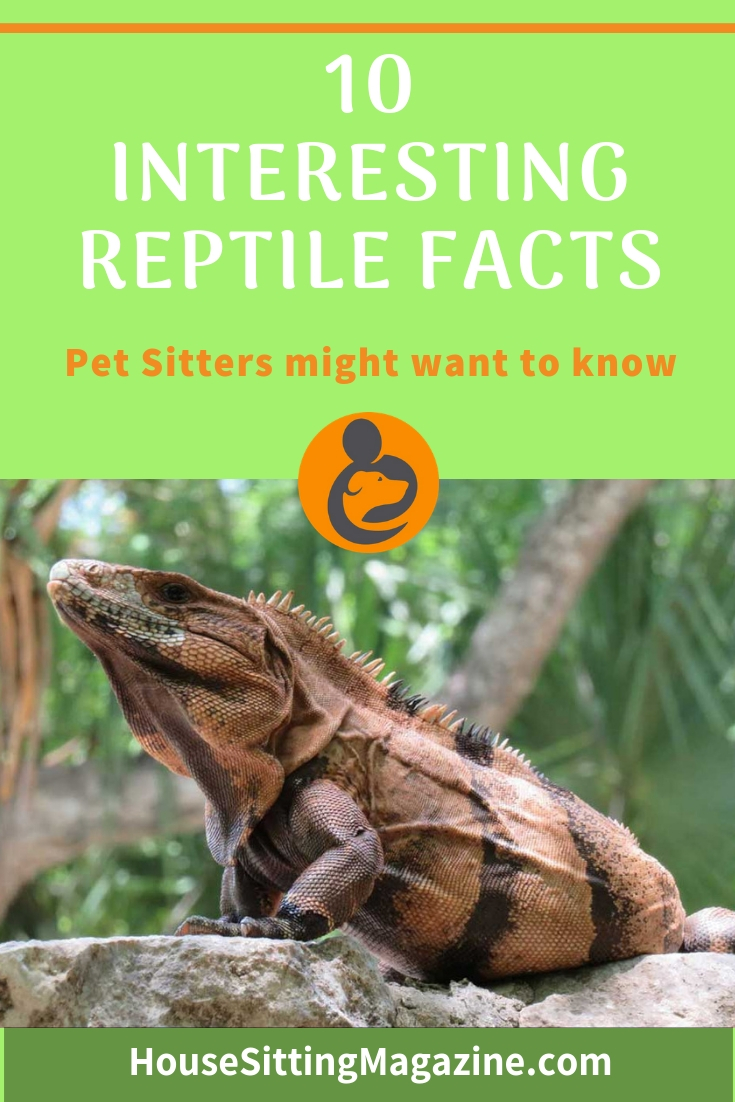