How to Save Money on Flights with SkipLagged 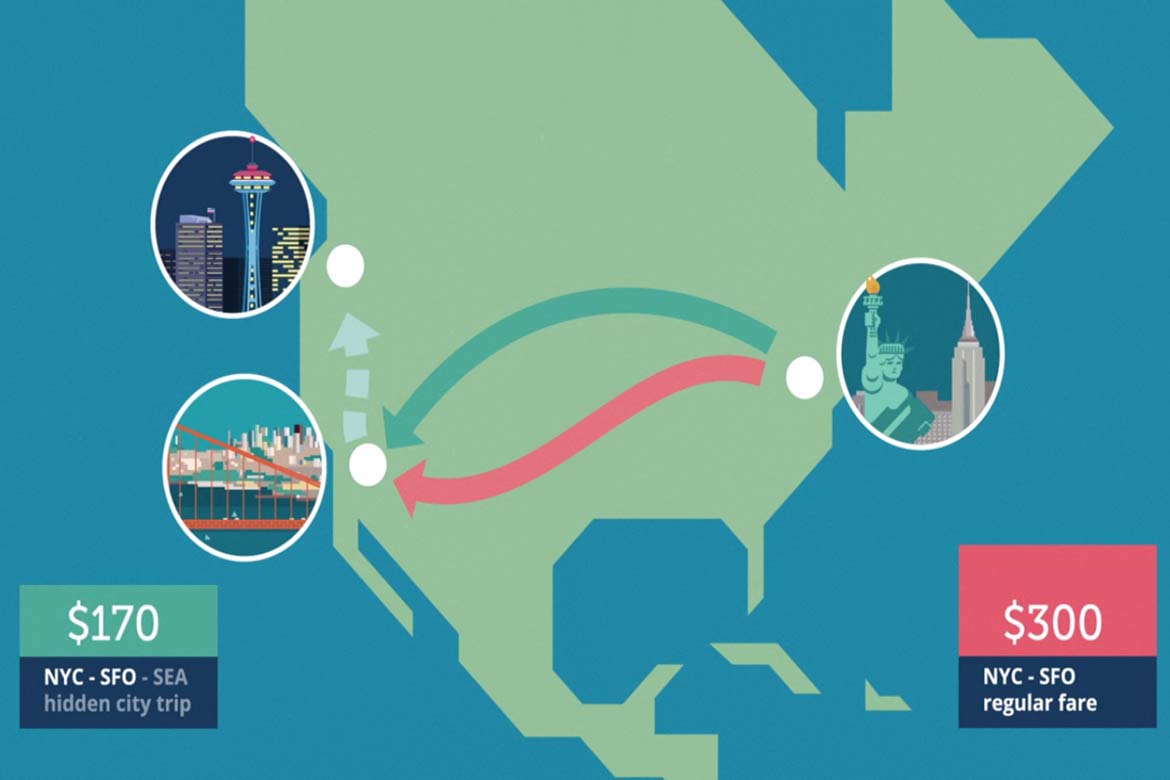 We’re going to take a quick look at how you can save money on flights with SkipLagged. A fantastic flight search tool which offers extra options that you won’t find on regular search websites like Expedia, Kayak and Skyscanner.

What is “short checking”

I first came across this concept in 2011, almost by accident, and the term the airline used at the time was “short checking”.

The amazing thing was that the route stopped off in Denver on the way, before a final flight to Las Vegas from there. Even more amazing, it was on the same flights – same airline, same flight numbers, same times – as the $500 quote to fly to Denver. This would save almost $200. We couldn’t quite believe this was possible.

Why not book the flight to Las Vegas and simply get off at Denver?

This is exactly what my friend did. He spoke with the airline before booking, and was told he would need to “short check” his luggage. This was to make sure it came off the flight at Denver.

These fares, now referred to as “hidden city fares”, are quite common. Website SkipLagged.com can help you find them.

How to save money with SkipLagged

Obviously airlines aren’t too keen on customers doing this, as they lose out on income. On most “hidden city” flights you can only take hand luggage. Most airlines won’t let you “short-check” your hold baggage.

Here are a couple of screenshots of the website in action, where I searched for a flight from Cancun in Mexico, to LA. 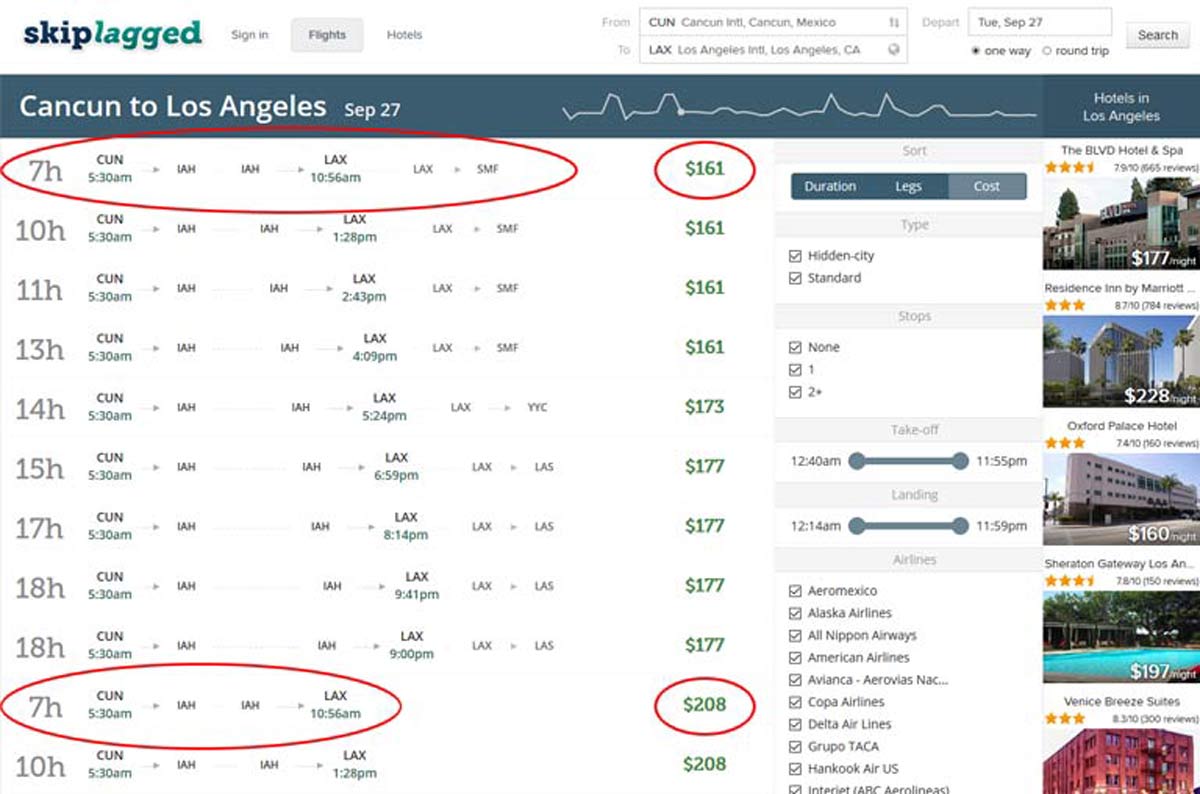 From Cancun, United flights to LA transit through Houston, Texas (IAH). Towards the bottom of the page you can see the price for Cancun to Houston, Houston to LA is $208. Departure is 7.56am, arrival in LA 10.56am – total trip time 7 hours.

However, there is a better deal available. If you book your flight to Sacramento instead of LA your ticket will only cost $161, yet you’ll be on the same flight from Cancun to LA via Houston. In LA just get off without returning for the Sacramento flight, and you’ve just saved yourself $47 with a quick search.

There are a few considerations when doing this, which SkipLagged.com outlines as shown below. Take these into account and hopefully you’ll be able to save money on flights with SkipLagged when you next book your travel or house sitting tickets! 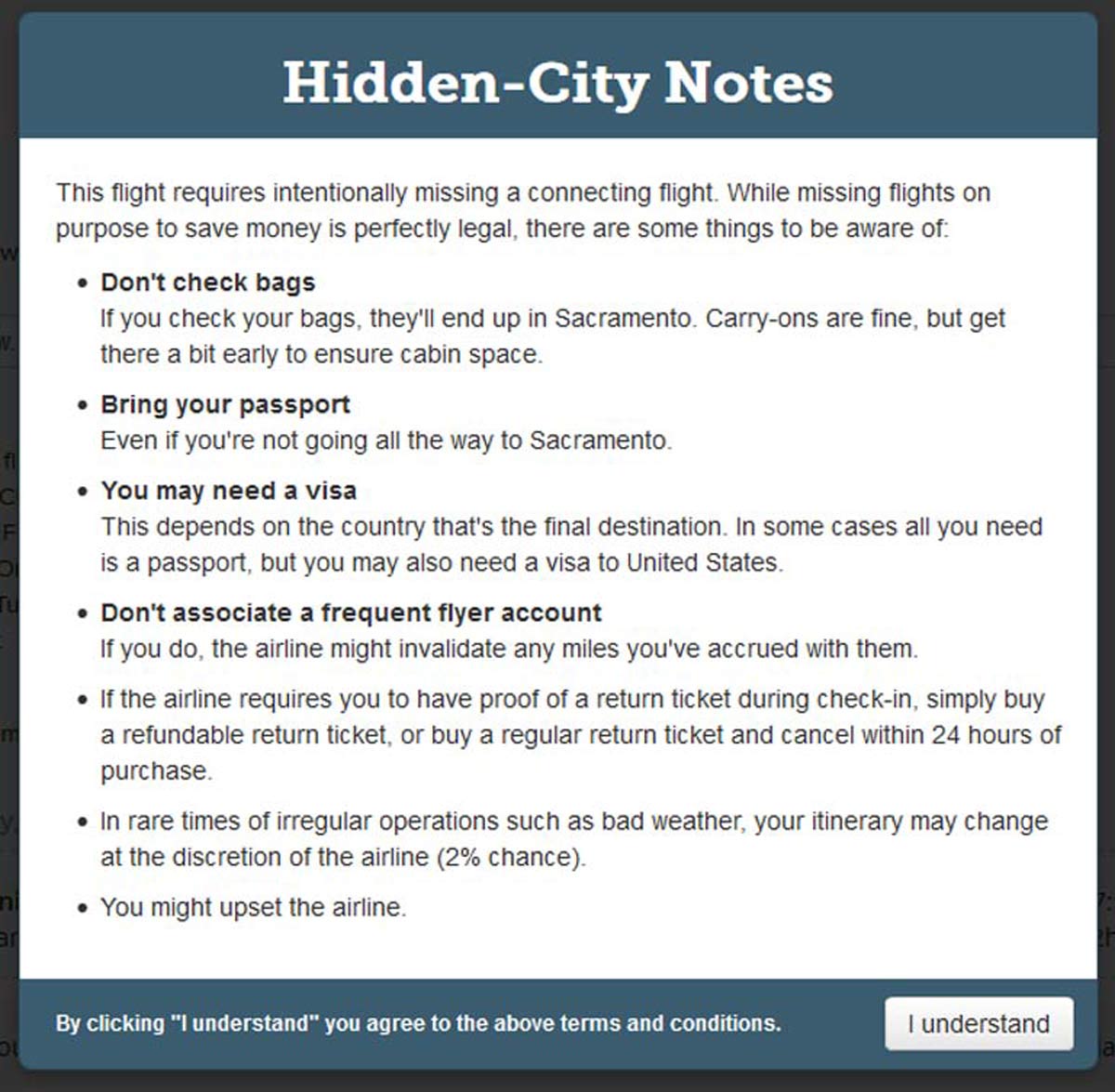 The whizz kid behind SkipLagged

The story behind SkipLagged is interesting. The website was built by computer whizz kid Aktarer Zaman in his early 20s. He incurred the wrath of both United and Orbitz, resulting in a huge court case in 2014/2015.

It was a real David vs Goliath battle. But, in the end Orbitz backed down and a judge threw the United case out of court. SkipLagged won to continue offering cheaper “hidden city” fares. Great work Aktarer!

Read more about the court case here: How a 23-year-old beat United Airlines

Many thanks to Jack Janssen, co-author of “Another Cocktail Please” for bringing SkipLagged to our attention.